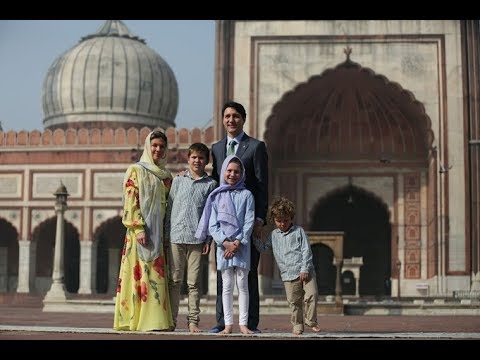 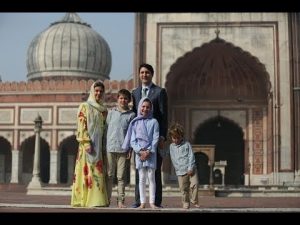 New Delhi: Future of humanity depends in the development of girls, who are meant to be nourished right from their early days, Canadian Prime Minister’s wife Sophie Gregoire Trudeau said on Thursday.

“In my past 20 years of interaction with girls across the world I have found that girls live in fear and anxiety while growing up.

“Owing to cultural beliefs, girls have been taught to be small, disappear and not take our full place in society. But that is not what we are meant to be,” she said at an event organised by Nutrition International — a Canada based non-profit organisation working in India since 1998.

“Girls are womb of humanity, nucleus of the family and are supposed to become fully participant citizens in our own countries,” said Sophie Trudeau, who, along with her husband and Prime Minister Justin Trudeau and their three children, is on an eight-day official visit to India.

“The core of the problem needs to be addressed, which begins with nutrition in the earliest phase of our lives,” she said.

The targeted interventions by the organisation include fortification, nutrition education, training of health worker and weekly iron and folic acid supplementation and they aim to reach almost seven million girls to reduce incidences of anaemia by 2020.

Nutrition International works for the needs of women and girls in rural areas of Gujarat, Madhya Pradesh, Uttar Pradesh and Rajasthan.

The organisation’s “Right to Start” programme with an aid of (Canadian) $11.5 million aims to support India’s priority for addressing malnutrition, combating anaemia and educating girls.

Sophie Trudeau also met 12 adolescent schoolgirls from Gujarat and heard their goals and the barriers they faced in achieving them.

“We as a world are responsible for our (girls) security, education and potential to bloom so that they grow up to become amazing girls and women,” she said, as she urged them to remain vocal and one day “become the voices of those who are not heard”.

As part of the event, she also launched the Asian component of the Nutrition International’s “She’ll Grow into it” Campaign.

According to the “Global Nutrition Report 2017”, more than half of Indian women of reproductive age suffer from anaemia and the country is facing a serious threat of malnutrition.

Nearly 38 per cent of the children in India under five are affected by stunting and nearly 21 per cent of children under five have been defined as “wasted” or “severely wasted”, the report said.

“It is cheap to invest in nutrition now, but expensive to fix it later,” Joel Spicer, President and CEO, Nutrition International, told reporters.

The “She’ll Grow into it” Campaign, which serves to challenge social norms and highlight that a girl’s future should be powerful, progressive and limitless everywhere, would be launched in nine countries including India, Indonesia, Pakistan, Kenya, Bangladesh, Tanzania, and Ethiopia.