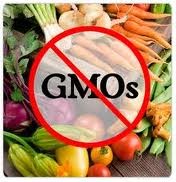 Most people have heard of formaldehyde – that is what they cover dead bodies in so that they can do Forensic analysis or an autopsy without the body deteriorating.

Wikipedia says this about formaldehyde: “In view of its widespread use, toxicity and volatility, exposure to formaldehyde is a significant consideration for human health.[8] In 2011, the US National Toxicology Program described formaldehyde as “known to be a human carcinogen“

Yet, aspartame – the sugar substitute – turns into formaldehyde in your body!!!

Aspartame turns into formaldehyde which is carcinogenic

According to a well known health blog www.greenmedinfo.com, the research of Dr. V.A. Shiva Ayyadurai, Ph.D., an MIT-trained systems biologist, indicates that [genetically modified organism] soy has an “accumulation of formaldehyde, a known carcinogen, and a dramatic depletion of glutathione, an anti-oxidant necessary for cellular detoxification, in GMO soy, indicating that formaldehyde and glutathione are likely critical criteria for distinguishing the GMO from its non-GMO counterpart.”

Dr. Shiva explains how the methods of investigation that the FDA have used to determine the safety of GMO products are from the 1970s and are inadequate:

” The study concludes the U.S. government’s current standards for safety assessment of GMOs, based on the principle of “substantial equivalence,” is outdated and unscientific for genetically engineered food since it was originally developed for assessing the safety of medical devices in the 1970s.  The current criteria for assessing “equivalence” considers only basic nutritional and superficial characteristics such as taste, sight, smell and touch, for declaring GMOs safe for human consumption, allowing them to be fast-tracked to market without independent scientific testing.  If formaldehyde and glutathione were criteria, then the GMO would likely not be deemed “equivalent” to its non-GMO counterpart. This finding calls into question the FDA’s food safety standards for the entire country.”

Learn to eat whole, healthy, organic food and be healthy. Here’s to your health!

Disclaimer: This site is provided for general information only, and is not a substitute for the medical advice of your own doctor or other health care professional. This site is not responsible or liable for any diagnosis made by a user based on the content of this website. This site is not liable for the contents of any external internet sites listed, nor does it endorse any commercial product or service mentioned or advised on any of such sites. Always consult your own health care practitioner.