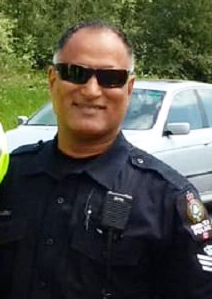 Delta: A police officer in Delta, has been fired for sexual misconduct and providing false or misleading information.

The Office of the Police Complaint Commissioner says in a news release that an external probe by Saanich Police Chief Scott Green found that former inspector Varun Naidu engaged in inappropriate sexual communications with a woman who wanted to be a police officer.

The report says Naidu initially communicated with the woman about potential employment, then later engaged in communications of a sexual nature.

The office says during the investigation, Naidu provided false or misleading evidence when investigators asked about the communications.

Green determined Naidu’s conduct was a “deliberate and calculating effort to establish safeguards that would enable him to engage in a covert and sexually explicit relationship with the woman.”

He imposed a penalty of dismissal, although the office says Naidu retired before the discipline hearing which Naidu did not attend and his employment record will say he was dismissed from the Delta Police Department.

In a statement on Tuesday, Chief Neil Dubord of Delta police said the department immediately contacted the police complaint commissioner’s office after receiving a complaint and Naidu was suspended in September 2018.

He said the Delta Police Department supports the findings of the investigation by Saanich police and the discipline authority’s decision.

“The Police Act investigation revealed that Inspector Naidu’s actions fell below the standard that we expect of our employees. And we have even higher expectations of our senior officers,” said Dubord. “I want to be clear. This type of behaviour is not tolerated within our organization.”

Delta police say they reviewed Naidu’s work and have determined that the Police Act investigation into his actions should not affect any court proceedings.