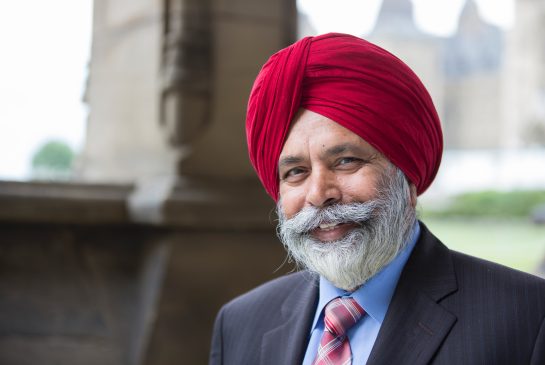 Ottawa: A former Liberal MP who was found by his peers to have sexually harassed a member of his office staff is apologizing to the victim for unintentionally causing her difficulty.

But reading from a prepared statement, Darshan Kang also maintains that neither his intention nor his actions were improper.

Kang spoke in the House of Commons Monday morning, about seven months after an all-party committee ordered him to go to conciliation and training over founded allegations of sexual harassment. The Calgary Skyview MP left the Liberal caucus last summer after a staffer alleged he had sexually harassed and assaulted her.

A House of Commons investigation concluded it could verify some of the complaints, including that he had improperly tried to get into the woman’s hotel room in Ottawa.

Kang, who still sits as an independent, says he plans to remain an MP.

“I have consistently maintained that my intentions and conduct have been proper and honourable. These are the values which I live my life by, however, if any of my actions have unintentionally caused difficulty for any person, I’m sorry and I sincerely apologize,” Kang said.

“I strongly believe in the integrity of this House and I respect the high standards which all members must abide by. With all due respect, I will continue to serve this chamber and my constituents to the best of my ability.”

In October, the Commons’ all-party board of internal economy ordered Kang to participate in conciliation with the victim to see if an agreement could be reached on remedies to the situation. The board warned that depending on the outcome, Kang could be subject to further administrative, financial or disciplinary measures.

He was also ordered to take part in training programs on sexual-harassment prevention and awareness, which he had to pay for out of his own pocket.

The investigation and board decision followed a process the House of Commons adopted in December 2014, which can involve hiring an external investigator to review the facts. Both the respondent and the complainant can appeal if they are not satisfied with the final report.