Asian Journal
Home Hot Off The Press Former top soldier, top cop among those shut out of Trudeau’s first... 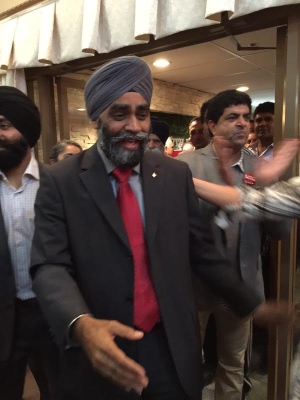 Retired Lt.-Gen. Andrew Leslie and ex-Toronto police chief Bill Blair were two of the many star candidates recruited by the Liberals expected by some observers to take key cabinet posts as a result.

But they, alongside longtime Liberal stalwarts like Joyce Murray and Hedy Fry, were left out of the 31-member ministry that saw other veteran MPs rise to new heights.

Those included former Liberal leader Stephane Dion, who takes over Foreign Affairs, and John McCallum who takes over the immigration portfolio, as well as the marquee promise to resettle Syrian refugees.

At the same time, relative political rookies also find themselves in some of the top cabinet posts.

Retired Lt-Col. Harjit Sajjan, a Vancouver MP, was named as defence minister, while Amarjeet Sohi, a former city councillor from Edmonton, will be in charge of the Liberals’ ambitious infrastructure plan.