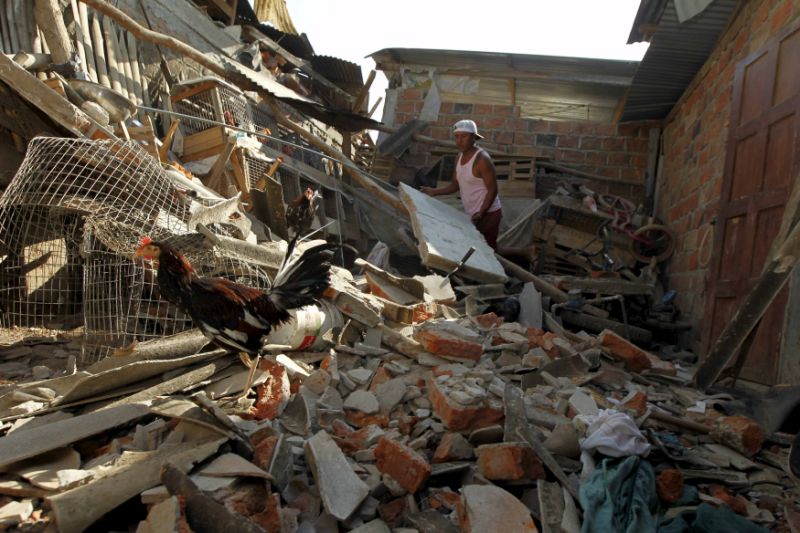 Ottawa: Canada is sending an assessment team to Ecuador to help determine what can be done to help in the aftermath of the devastating earthquake that killed more than 400, including four Canadians.

But officials say no decision has yet been made on whether to deploy Canada’s Disaster Assistance Response Team.

“We have this morning received a request for assistance from the government of Ecuador,” said Bernard Boutin, a spokesman for International Development Minister Marie-Claude Bibeau.

“The government will be sending the Disaster Assessment Team there immediately, and will determine how we can best provide assistance.”

Bibeau’s office also confirmed Tuesday that four Canadians died in the quake, doubling the country’s original death toll. No other details were immediately made available, owing to privacy concerns.

Jennifer Mawn and her son, Arthur Laflamme, were reportedly killed when the roof of their residence caved in as the 7.8-magnitude quake struck Saturday night.

Sending an assessment team is a precursor to deciding whether to send the full DART, which was deployed last year to the earthquake in Nepal.

The earthquake, the strongest to hit Ecuador since 1979, levelled buildings and buckled highways along the Pacific Coast of the South American country.

It was centred about 170 kilometres northwest of the capital, Quito.

Global Affairs has asked friends and relatives of those known to be travelling in Ecuador to contact its emergency response centre.

It is also providing consular assistance for the families of those killed.