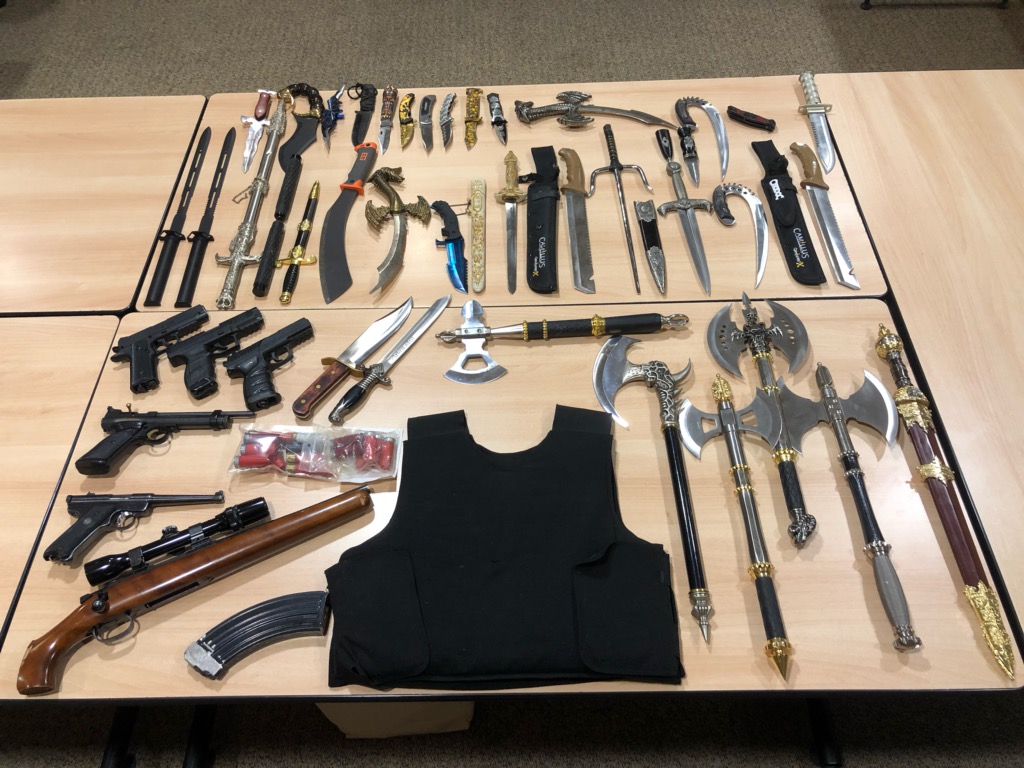 Surrey: Back in the fall of 2018, officers from the Surrey RCMP’s Community Response Unit (CRU) began an investigation into complaints of alleged vehicle fraud. Investigators suspected person’s identities from around the Lower Mainland were being stolen or compromised for the purpose of purchasing, registering and re-selling high-end vehicles.

During the investigation four vehicles were seized including a 2018 GMC Denali SUV, 2015 Audi Q5 SUV, 2013 Chrysler 300 sedan, and a 2011 Dodge Ram pick-up truck. The vehicles, estimated total value of $225,000, were allegedly obtained through fraudulent means.

On January 18, CRU, with assistance from the Lower Mainland District Emergency Response Team, executed a search warrant on a property and residence in the 8300 block of 135A Street to further their investigation which now included alleged identity fraud.

Seven individuals were located inside the residence at the time of the search and subsequently detained.  The individuals have since been released from custody as the investigation continues.

“Individuals associated with identity theft and fraud will stop at nothing to get what they want including expensive vehicles,” says Inspector Wendy Mehat, Community Support & Safety Officer. “Victims of these crimes can experience financial loss and difficulty obtaining credit or restoring their ’good name’. Remember to periodically check your credit reports, bank and credit card statements, and report any irregularities promptly to the relevant financial institution and to the credit bureaus.”

Anyone with information about this occurrence who has not already spoken with police, is asked to call Surrey RCMP at 604-599-0502.  If you wish to remain anonymous, you can contact Crimestoppers at 1-800-222-8477 or www.solvecrime.ca.