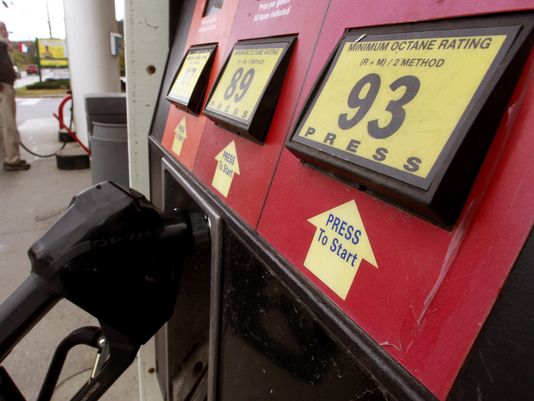 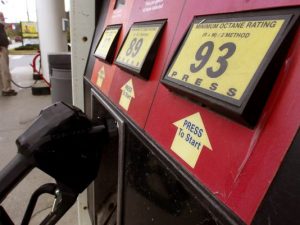 CALGARY: With the price of crude plunging to its lowest level more than four and a half years, consumers are benefiting at the gas pump, but the savings are being dampened somewhat by a weaker dollar and other factors, according to an energy expert.

Roger McKnight, with En-Pro International in Oshawa, Ont., says motorists across the country are enjoying lower prices, though differing tax structures and market dynamics mean some are paying much more than others.

The average price for a litre of gas in Edmonton now is at around 96 cents, according to Gasbuddy.com and some stations in Calgary were posting sub-dollar prices too.

“On Sunday you’re probably going to see a drop of about three cents. That will put Ottawa, believe it or not, below a dollar,” he said.

At the higher end, Montreal was seeing average gas prices of $1.24 per litre and Vancouver was at $1.21.

McKnight said foreign exchange swings are a headwind for Canadian consumers, as energy products tend to be bought and sold in U.S. dollars. On Friday, the loonie was at 87 cents against the U.S. dollar.

And oil companies that have operations in both oilfields and refineries will be looking to bolster their profit margins.

“I just don’t know how much longer the oil companies can handle that because I think the refining margins must be getting rather narrow,” McKnight said.

“If they start hurting in the upstream with this crude oil price war going on, they’re going to compensate for that by not passing on as much reductions on the downstream, so the consumer won’t see as much happening that way.”

The price of U.S. benchmark crude _ used to make gasoline and other products _ is down by more than a third since the summer and closed down a whopping $7.54 at US.$66.15 a barrel on Friday.

And with the decision Thursday by the Organization of Petroleum Exporting Countries to keep output at 30 million barrels a day rather than cut back and put a floor under prices, there’s not much to buoy crude in the near term.

McKnight called OPEC’s decision to stand pat a “shot across the bow” aimed at North American shale oil producers, who have added significant volumes to the market.

But he said he can’t see OPEC keeping up its levels indefinitely.

“I think OPEC is going to have an emergency meeting within three months because nine of the 12 members of OPEC need US$100 a barrel to balance their budgets and provide social services for their people. So I can’t see this going on much longer.”

The share prices of Canadian oil firms were taking a hit after the OPEC decision. On Thursday, the Toronto Stock Exchange’s energy index was off nearly seven per cent, and on Friday it lost further two per cent.