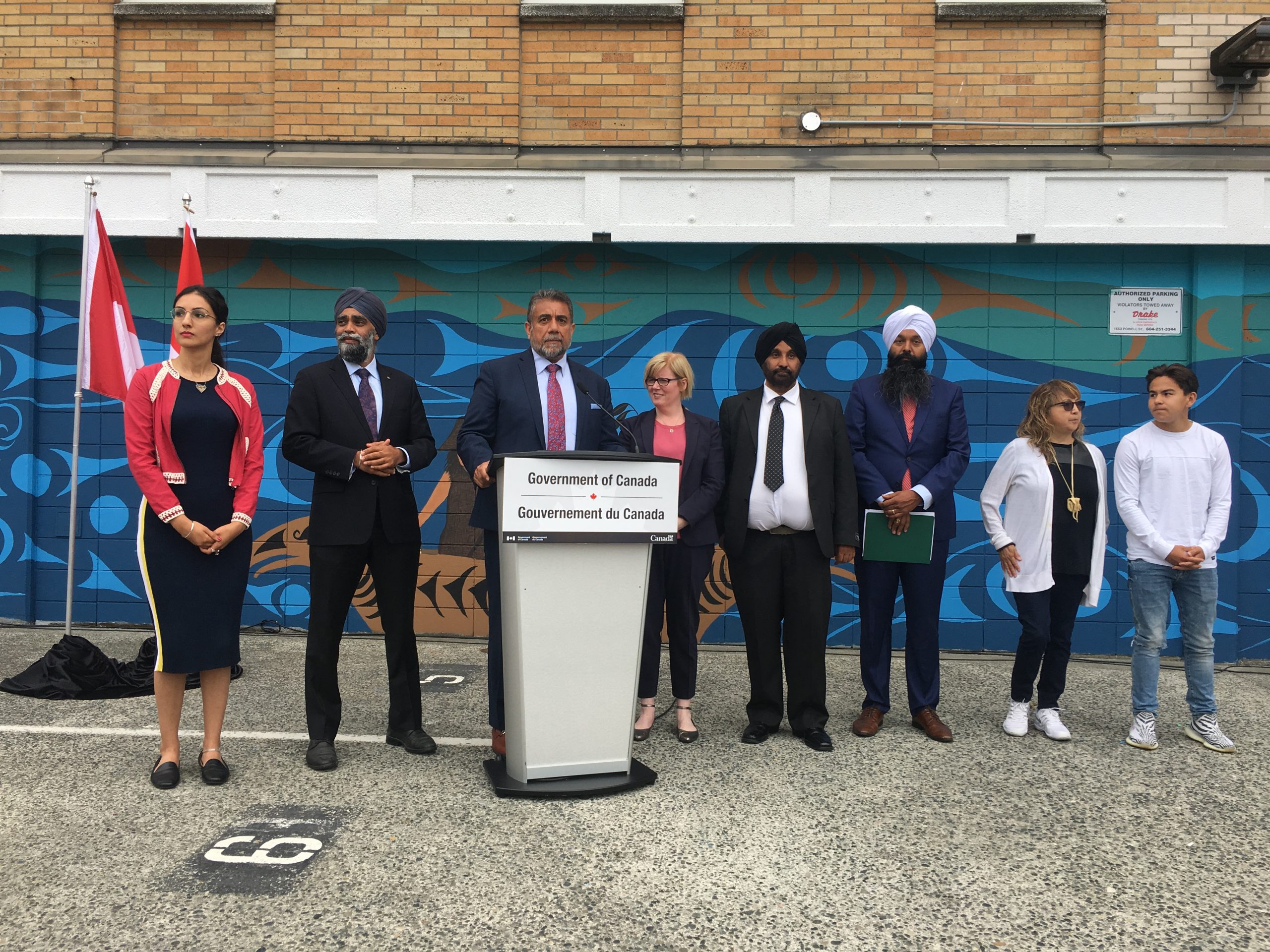 Vancouver: The Government of Canada is committed to reconciliation, diversity and inclusion. This includes acknowledging past wrongs, such as the Komagata Maru incident.

The Honourable Carla Qualtrough, Minister of Public Services and Procurement and Accessibility, and the Honourable Harjit S. Sajjan, Minister of National Defence and Member of Parliament for Vancouver South, announced the removal of Harry Stevens’ name from a federal public building in Vancouver, British Columbia. They were joined by other local members of Parliament and members of the South Asian and First Nations communities. At the same time, the ministers also recognized the newly painted mural on the building, located at 125 10th Avenue East, as a symbolic gesture of reconciliation to victims of the Komagata Maru incident, and as a way of paying tribute to the kindness of spirit demonstrated by the nearby Indigenous Peoples.

The new mural, painted as part of the 2019 Vancouver Mural Festival, depicts the Komagata Maru incident of 1914. It honours the victims of the tragedy and their descendants, and recognizes the generosity of the local Indigenous Peoples in providing food and water to the passengers. The mural was a joint effort by artist Keerat Kaur, who painted the ship, and artists Alicia Point and Cyler Sparrow-Point, who painted the Indigenous art.

Carla Qualtrough, Minister of Public Services and Procurement and Accessibility said:  “The Government of Canada believes in the values enshrined in the Canadian Charter of Rights and Freedoms, including multiculturalism. We see diversity as a source of strength and work to break down barriers so that all have a real and fair chance at success. Today, some of my parliamentary colleagues from British Columbia and I come together to commit ourselves and our government to positive action and recognize past wrongs. We use this as an opportunity to honour and pay respect to the victims of the Komagata Maru incident, and to the Indigenous Peoples who supported them during their stay in the Vancouver harbour.”

Harjit S. Sajjan, Minister of National Defence said: “Today is about acknowledging our history, learning from it and vowing to never let the wrongs of the past happen again. The Komagata Maru incident was a tragedy in the truest sense of the word. Canada is a different nation today, but we can never forget what happened here, so we can learn from it and ensure it never happens again. Removing the name from this federal building and installing the important mural here will serve as that constant reminder. These actions by the government also signify our commitment to moving forward, to embracing inclusion and celebrating diversity in everything we do. The Government of Canada will continue to do just that, and that’s something all Canadians can take pride in.”

Raj Singh Toor, Vice-President and Spokesperson for the Descendants of the Komagata Maru Society said: “Removing Harry Stevens’ name from the federal building in Vancouver will help educate the community and remind us of how unique Canada’s diverse makeup is. We are all richer when we remember how special it is to have so many different ethnic communities living together. While it can’t right past wrongs, I hope that it will help to connect Canadians with their past in order to build a more peaceful and tolerant tomorrow.”