Asian Journal
Home Columnists Great show and it was Ayushmann all the way! – By Kamal... 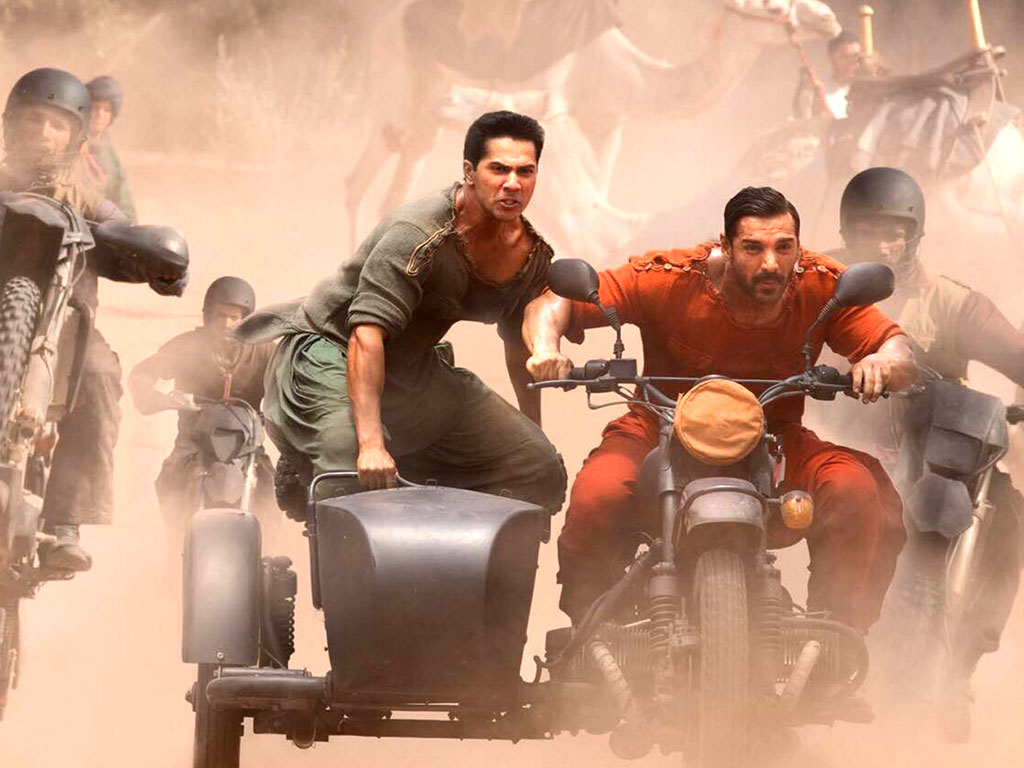 It was the last concert of their 2016 North American Tour and both Sunidhi Chauhan & Ayushmann Khurrana lived upto their name & stature as both made everyone dance to their popular numbers from Bollywood films as a very appreciative audience sat through four hours of non-stop entertainment as Kamal’s Video Palace & KVP Entertainers presented their third concert of 2016. It was Bollywood at its best as Sunidhi Chauhan showed her incredible range by singing all kinds of songs but the surprise package of Ayushmann Khurrana proved to be the audience favorite as he connected with each and everyone at the beautiful Orpheum Theatre on July 24,2016. With Olympics starting next month at Rio, Brazil, the Samba Fusion dancers led by Andrea Monteiro mesmerised the audiences with their moves & energy to set it up for the visiting Bollywood group and the stage was set by Indian Idol singer Rakesh Mani from Ludhiana, Punjab to introduce Chandigarh’s Ayushmann Khurrana and what a delight he turned out to be. Belting his popular numbers from Vicky Donor & Nautanki Saala, he delighted audiences with an amazing range of songs from 70’s, 80’s & 90’s, Ayushmann connected with Punjabis, Gujaratis, Bengalis and you name it as at one time it seemed the whole Orpheum was dancing to his songs. Shelina Mawani of Nana’s Kitchen & Balraj Mann of BMG Group honored Sunidhi Chauhan & Ayushmann Khurrana on behalf of British Columbians while Bob Bhindi of Golden Tree Jewellers presented them with some exquisite jewellery and though everyone enjoyed the evening, it seems the visiting Indian Women’s Soft Ball team participating at XV Women’s World Softball Championship in Soft City, Surrey enjoyed as they’re seen dancing to every dance number as British Columbians will remember Sunidhi Chauhan & Ayushmann Khurrana concert for some time!

Singer Mubarak Begum is no more

She was one of the most popular singer of her time with popular songs in 50’s & 60’s but Alas, she struggled for a long time financially and emotionally (her husband passed away very young and she’d a disabled daughter to take care) and after being hospitalized for some time, died at the age of 80 on July 18, 2016 in Mumbai almost penny less and unsung. That she sang for popular heroines under very popular music directors became a distant memory as no one from the film industry attended her funeral and one of her very popular number is much more relevant today and it goes… ‘ Kabhi Tanhaiyon Mein Bhi Hamari Yaade Aayegi! RIP Mubarak Begum 1936 – July 18, 2016

Controversy & Salman Khan go hand in hand but the blue eyed BJP favourite bollywood celebrity is on a roll after getting yet another acquittal after all charges against Salman Khan were dropped for killing black deer in Jodhpur, Rajasthan by Rajasthan High Court for lack of sufficient evidence. While bollywood celebrated, animal rights activists protested over the acquittal but the ‘Sultan’ of Indian box-office is riding high after the super success of the film as Sultan crossed Rs.500 Crores worldwide to become yet another super hit film of Salman’s career.

Kabali is Rajinikanth’s Biggest Hit Ever!

The writing was on the wall when people flew in to watch the first day first show at 5 am in Chennai but no one ever thought that it would shatter all records and Rajinikanth’s Kabali has done exactly as it broke the opening day collection record and beat the Overseas Collection record of 3 Idiots & Dhoom 3. Kabali became the fastest movie to cross Rs.200 crores, 300 crores and now it seems to be inching towards Rs.500 crore. Oh yes, another record was made when it was released in 10,000 screens and soon dubbed versions in Chinese, Japanese & Malay will be released! While Kabali & Sultan are still going strong, John Abraham & Varun Dhawan’s Dishoom with Akshay Khanna, Jacqueline Fernandez & Parineeti Chopra may offer some resistance and it’s to be seen if it does well. With that it’s time to say good bye but not before reminding you all to watch this week’s Yaadein of singer Mubarak Begum, who sang some of the most popular songs, but died almost penniless, on Sunday, July 31st,2016!