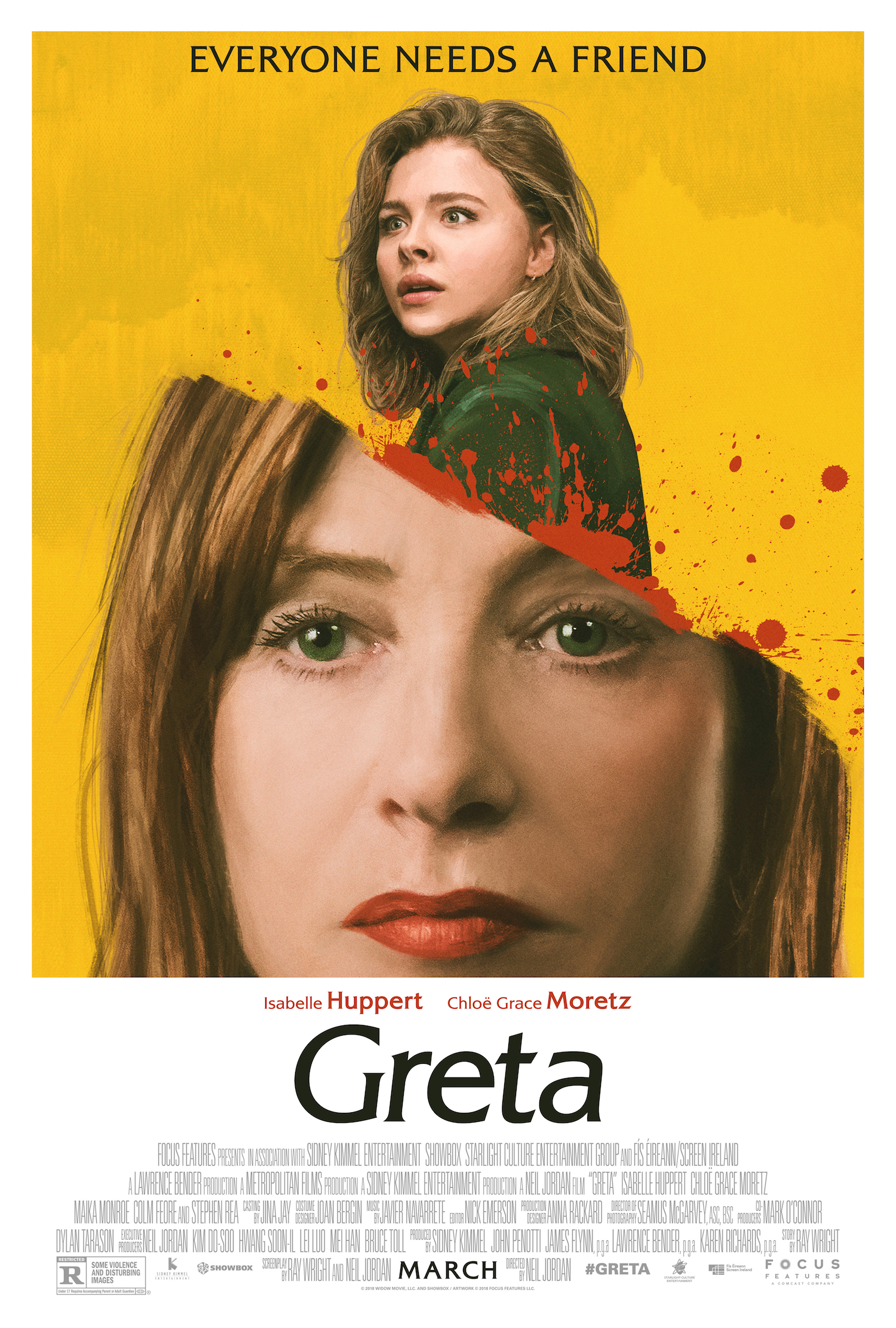 Danger follows her. Prepare to be swept into a world of deadliness when a woman sets her mind in her unsuspecting quarry in Greta. Universal Studios pulls out all the stops in this exceedingly well crafted quaint and deadly tale of unappreciated love. See consummate Director Neil Jordan weave a deadly path to fandom gone astray at countless Cineplex Cinemas and leggy Landmark Theatres around B.C.

New York is a big city. Two young lasses seem happy to be roommates In The Big Apple. When naive as can be newly settled France’s McCullen tries to do the right thing in returning some stolen property to its rightful owner. Dependable upstart Chloe Grace Moretz is thoroughly convincing as the properly raised young women who has no idea a chance meeting with the alleged owner of the lost item may have her own agenda.

Elegant French actress Isabelle Huppert continues to mature as a fine wine. Cast as the reclusive Greta Hertig the elderly comes on initially as a fine motherly figure to this lost in a New York outsider. Loneliness can take many forms and in a New York minute what began as an innocent good will exchange becomes anything but as an elaborate charade develops.

Evil meets innocence is wonderfully depicted in this harrowing tale of a demented soul bearing down forcefully on an out to lunch transplant whose sense of goodness gets tested to the max.

Strong emotions and plot twists aplenty make Greta a creepy thriller that will definitely make you think twice before return no what’s not rightfully yours.