Asian Journal
Home Hot Off The Press Happy to be back with ‘Parmanu’ after 2 years: John Abraham 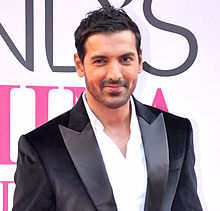 Mumbai: Bollywood actor-producer John Abraham says that he is very happy to make a come back with a film like “Parmanu: The Story of Pokhran”, after two years of his last release “Force 2”.

The actor, who was present on the occasion of launch of film’s trailer here on Friday, was asked what made him stay away from films for two years.

Explaining his strategy to ensure quality work, John told the media: “I like taking time for the right subject. So, I am very happy to wait for two years and come back with this film.

“I am not only an actor, I am also a producer now. So, I am very clear in my mind about the kind of film that I want to make. I was sure from the beginning that we are not equipped to make an adult comedy, we can make films like ‘Madras Cafe’, ‘Vicky Donor’ and ‘Force’.”

“After ‘Force 2’, I could have signed 10 films out of insecurity, but I didn’t do that. As a producer, I have the authority to decide what kind of film I want to do and what not,” the actor said.

The film, based on the nuclear test conducted by India in 1998 at Pokhran, has been produced by John Abraham, directed by Abhishek Sharma, and has Diana Penty, Boman Irani and Yogendra Tikku, among others, in the cast.

The movie is scheduled for release on May 25.