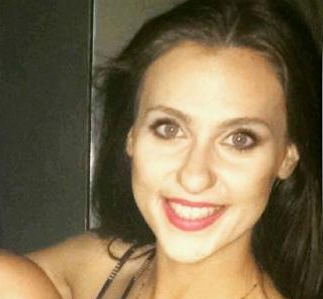 London: An Indian-origin soldier is on trial in Britain for killing his former girlfriend by slitting her throat “from ear to ear” after she ended the relationship due to his “controlling and manipulative” nature, a media report said.

Lance Corporal Trimaan “Harry” Dhillon was accused of breaking into Alice Ruggles’s ground-floor flat in north-east England and killing her, the Daily Mail reported on Monday.

The incident happened in October last year when Dhillon attacked her in the flat severing her neck, leaving her in the blood-soaked bathroom as he suspected she was seeing another man, Newcastle Crown Court was told.

However, Dhillon denied murdering the 24-year-old former Northumbria University student, who was originally from Leicestershire.

The jury was told Dhillon was unfaithful to Ruggles and regularly used internet dating sites.

The victim’s flatmate Maxine McGill said that Ruggles had reported having trouble with Dhillon, claiming she had called 101 in the past.

The court was told how Dhillon used “emotional blackmail” to manipulate Ruggles into getting back with him after they broke up.

He sent her photos of himself in tears and messaged her mother on Facebook begging for her help in reconciling them.

Wright said there was a more “sinister” element to the blackmail as he threatened to release sexual photographs of his ex.

Wright said: “His stalking escalated into his hacking and controlling her social media accounts in such a way he was able to monitor what she was doing.”

Dhillon also had set up a fake email address in her name and hacked into her Facebook account so he could control it, the daily reported.

After the alleged murder, Dhillon took her phone and dumped it, the jury was told.

Wright said: “It was plain she had truly fallen for this defendant, but at the same time she couldn’t trust him and she knew that his behaviour was controlling and inappropriate and she began to try gently to extricate herself from the relationship.”

“She met with fierce resistance from the defendant,” he said.

Ruggles had contacted Northumbria Police after she broke up with Dhillon as she was concerned about his behaviour when he travelled from his Scotland barracks, got into her backyard and knocked on her bedroom window late at night, said the report.

Dhillon was ordered by his commanding officer to stay away from Alice but he posted her a parcel containing photos and a letter.