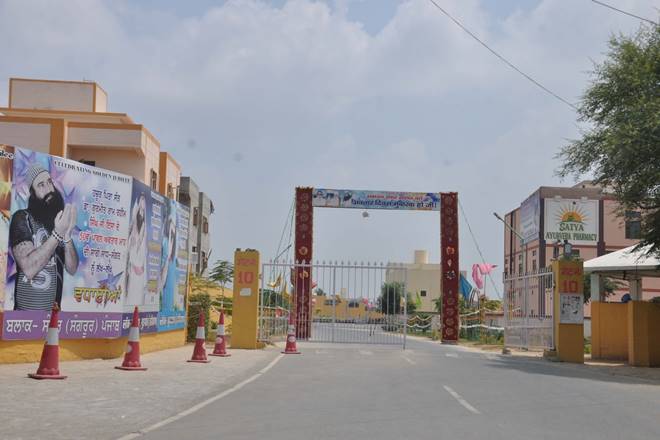 Chandigarh: The Punjab and Haryana High Court on Tuesday gave its go-ahead to the Haryana government to sanitise Dera Sacha Sauda headquarters near Sirsa town in the state and appointed a Court Commissioner to oversee the process.

The government had sought the court’s indulgence to undertake sanitisation under judicial supervision, he said.

The government assured of full security and staff support to the Court Commissioner.

The development comes in the wake of sanitisation of 117 ‘Naam Charcha Ghars’, associated with the Dera where its followers assemble for prayers and discussions, in Haryana by authorities.

Weapons and other objects that could be used in violence were seized from the campuses, informed sources said.

The Dera headquarters is spread over 700 acres, eight km from Sirsa, and houses a stadium, hospital, educational institutions, houses, markets, and other infrastructure.

The sect chief was convicted by a Panchkula Special Court on August 25 for the rape of two female disciples in 1999. He was sentenced to 20 years of rigorous imprisonment.

His conviction led to violence in Panchkula and Sirsa in Haryana, leaving 38 people dead and 264 injured. Isolated incidents of violence were also reported from Delhi and several other places in Punjab.