Rhodiola rosea (Golden root) is a plant of the Crassulaceae family indigenous to the cold regions of the world such as Arctic regions of Eastern Siberia, the Rocky Mountains, mountains of Central Asia, the mountainous parts of Europe.

The perennial plant grows in areas up to 2280 meters elevation, having separate female and male plants, shoots may reach 5 to 35 cm in height. Because of its extraordinary anti-stress and positive mood enhancing properties the extract is one of the most popular phytomedicines in Europe and is becoming increasingly popular in North America. The release of information related to human clinical studies from the former Soviet Union has dramatically increased the interest in this medicinal plant. Rhodiola is included among a class of plant derivatives called adaptogens, which differs from stimulants such as nicotine and amphetamine. Adaptogens have less efficacy and different physiological effects than stimulants, they are absent from mainstream medicine, but are popular in energy drinks. Pilot studies in humans showed it improves physical and mental performance, and may reduce fatigue. In Russia and Scandinavia, it has been used for centuries to cope with the cold Siberian climate and stressful life.

The Golden root has a long history in the promotion of good health and longevity. In Siberia, people still say “Those who drink Rhodiola tea will live more than 100 years old.” In 1931, Russian botanist and nutritionist Dr. L. Utkin, discovered that Golden root increases sexual potency and his research coincides with Siberian folk tradition where it was given to couples prior to marriage to assist in the birth of children. 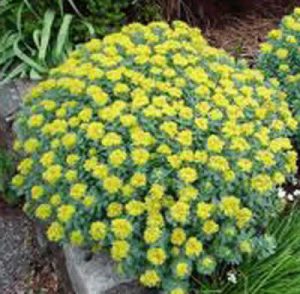 It is known in medical professions that the effects of excessive stress in modern life leads to chronic states of fatigue-related depression and other health problems and it is a fact that about 80% of all illness can be traced back to stress and depression. According to the American Academy of Family and Physicians and Russian Department of Family Care about 2/3 of all office/doctors’ visits are related to stress-induced illnesses.

For centuries people around the world have been using herbal remedies – according to statistics 80% of the world population of seven billion = 5.6 billion people are still using herbal remedies and homeopathy for healing – to help their bodies dealing with effects of stress. Ancient cultures had figured out that adaptogenic herbs are the answer long before we in the Western world adapted to it!

Golden root is probably the least known adaptogen in the West, and yet the most impressive of all and in several double blind clinical trials with placebo controls provide strong evidence that the extract possesses positive mood enhancing and anti-stress properties with no detectable levels of toxicity! The extract has been shown to have a positive influence on the higher nervous system, it does increase attention span, memory, improves mental stability and primarily enhances the qualitative indicators of performed work by increases strength and mobility.

Rhodiola’s ability to help the body adapt to stress may lie in its ability to enhance the level of serotonin, dopamine and other brain neurotransmitters. Serotonin and dopamine are normally broken down by the enzyme, catechol-O-methyl transferase (COMT). Active compounds extracted from Rhodiola have shown to inhibit the activity of COMT. Prominent Soviet Scientists Prof. Saratikov and Marina have shown that Golden root can increase the level of neurotransmitters by 30% and decrease COMT activity by 60%.

Rhodiola rosea contain a variety of compounds that may contribute to its effects, including the class of rosavin’s that includes rosavin, rosarin, and rosin. Several studies have suggested that the most active components are likely to be the rhodioloside and tyrosol showing synergistic effects when a fixed combination of rhodioloside, rosavin and rosin is used. Rhodiola’s proven effectiveness for depression has led Russian scientists to use it in combination with anti-depressants. Patients intellectual and physical levels increased while the length of hospital stays and negative side effects associated with tricyclic anti-depressants decreased.

30 years of Soviet research provides fascinating evidence that the administration of Rhodiola rosea stimulates the fat release from adipose tissue. Golden root extracts in combination with daily exercises is an extremely effective method of weight management. Reducing fat accumulated in adipose tissue is very difficult, however, fat stored there can be mobilized by the action of a special type of enzyme known as hormone sensitive lipase. Researcher have been looking for many years for natural substances that could activate the release of that from adipose tissue, Golden root is the answer.

According to information released by the Moscow Institute of Sport and Physical Culture, Russia’s leading centre for athletic performance research Rhodiola rosea extract provides a safe, powerful boost for the physically active from superbly conditioned Olympic athletes to recreational exerciser. Golden root extract can help oxygenate the brain as well as the muscles and gives a person a dramatic boost in energy levels. On the basis of positive results from over a decade of clinical trials, in 1975 the Pharmacological Committee of the USSR Ministry of Health authorized for medical use and commercial production an Rhodiola rosea extract.

Apparently, the increased popularity of Rhodiola rosea makes it a target for ineffective substitutes being sold to an unsuspecting public since the public does not yet fully understand that only true Golden root extract which contains sufficient standardized levels of it unique active ingredients: rosavin, rosin and rosarin, can insure that they will get an efficacious form that really does work!

Despite its rising popularity, public education is still in its infancy, but has lately improved. Misinformation typically used to justify substitution & adulteration makes it difficult for consumers to get the benefits they expect and deserve from the phytomedicines like Golden root. Given that “an ounce of prevention is worth a pound of cure,” professionals and retailers alike should be wary of claims when recommending and stocking product. If in doubt, check the research.

For every disease, we know Mother Earth provides an herb to heal and grow.

This information is offered for its educational value and should not be used in the diagnoses, cure, treatment, or prevention of disease, please contact your health care provider.