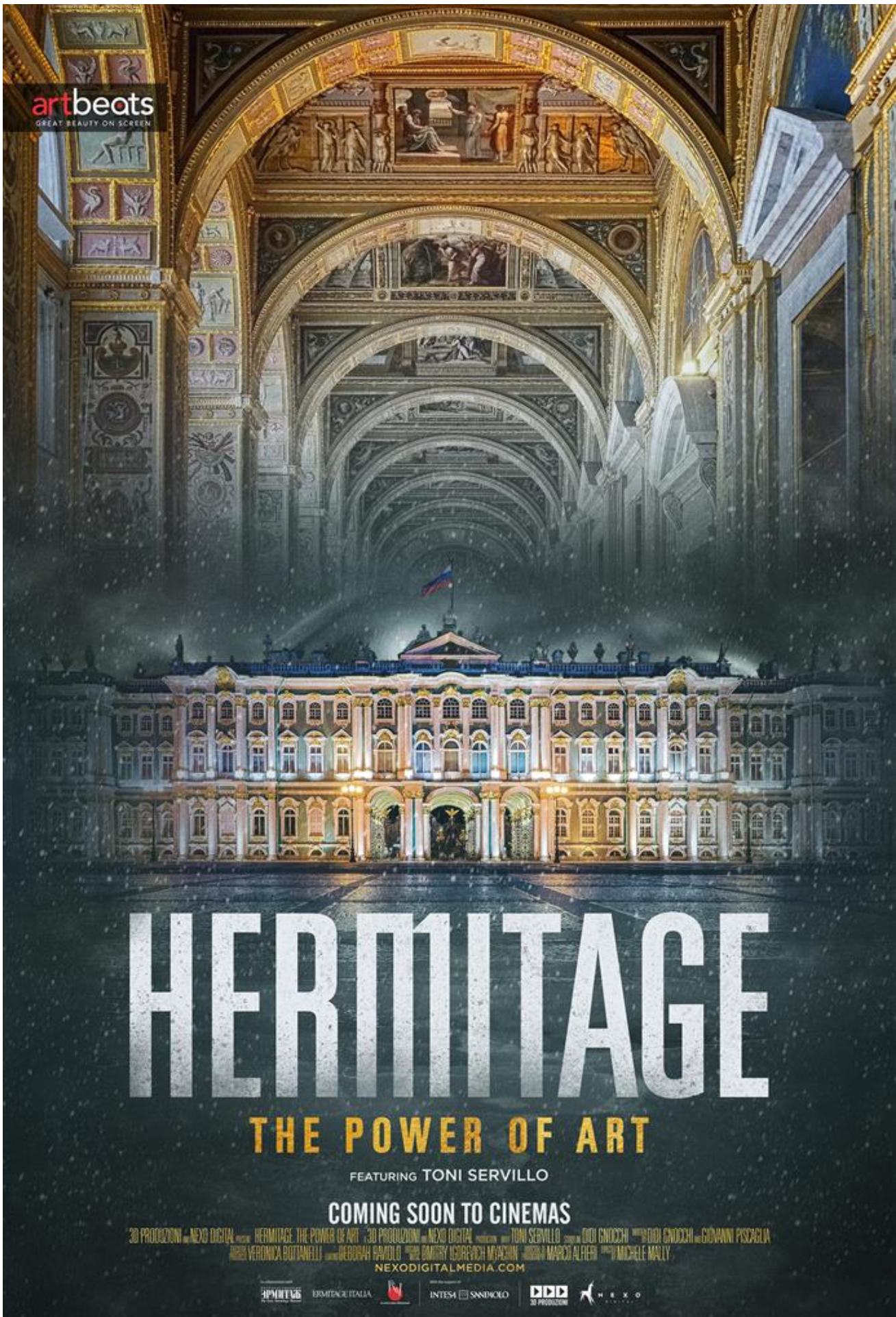 Beauty Personified!
Culture, history, travel and art come together in an unbelievable way in Hermitage. The Power of Art. Having been in Russia this year and standing outside this magnificent building I did not have the will or time to enter those prestigious halls. Huge crowds prevented that. Now all British Columbians and visitors alike get to see the beauty inside the Hermitage and learn all about Russian history at the same time. Do embrace this epic journey which is part of the exhibition on screen series at Cineplex Cinemas courtesy of Touchwood PR.
Narrated by a very effective well spokesman guide Hermitage. The Power of Art reveals just how this magnificent building came into being. Two giants of Russian politics were most responsible for bringing this wonder of the world into being. Decades saw the construction of the city of St. Petersburg thanks to tsar Peter the Great. Having scanned the globe to first build the city it was then up to a woman to decorate this winter palace. Catherine the Great, with the help of a general, scooped up scores of valuable art work that found its way to Russia and this palace on the water. It’s not hard to see why St. Petersburg is considered to be The Venice of the North due to all the canals and the Versailles of the East due to its magnificent architecture and design.
Scholars help flesh out the history of Russia In this ninety minute triumph as we learn the importance that The Hermitage played in everyday Soviet life. Majestic paintings by masters like Da Vinci and Rembrandt plus scores of others reveal the sincere intent of the leaders of Russia to assemble and showcase the world’s artistic treasures. To this end they succeeded beyond all belief.
Told mainly in English that is totally understandable with few subtitles and a soothing score Hermitage The Power of Art is an educational and thoroughly enjoyable experience well worth seeing.