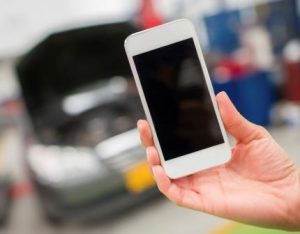 Vancouver: People on many of British Columbia’s busiest roads will be safer, as new technology cracks down on those who fly through some of the province’s most crash-prone intersections.

An average of 84 crashes happen at each Intersection Safety Camera (ISC) site each year. Speed is a top contributing factor in crashes, with an average of 10,500 vehicles going at least 30 km/h over the posted speed limit at each ISC site annually.

In response, government is taking action at certain provincial intersections that have a high number of speed-related crashes. This will be done by upgrading the existing red-light camera program to identify and ticket the fastest vehicles. Working to reduce crashes at these intersections will also have a positive impact on ICBC’s claims costs, and will help keep rates affordable for British Columbians.

In the coming months, analysis of crash and speed data will inform decisions about activating ISC cameras for speed enforcement. New signs will warn approaching drivers about this enhanced intersection enforcement.

This approach is more transparent than the provincial photo radar program that ended in 2001. It used unmarked vans in random locations, issued tickets at low speeding thresholds and tied up police resources with two officers staffing each van.

Four other provinces currently use automated speed enforcement, and it is a common practice internationally. Research shows this technology reduces speeding, as well as the number and severity of crashes involving speed.

Minister of Public Safety and Solicitor General Mike Farnworth said: “This is about slowing down the fastest drivers at intersections where we know that speed is a factor in causing accidents, so everyone on these busy corridors will be safer. There is very little public sympathy for those who flout the law and speed excessively through known, high-crash intersections. The signs will be there to warn you. If you ignore them and put others in danger, you will be ticketed.”

BC Association of Chiefs of Police Traffic Safety Committee chair Neil Dubord said: “Traffic volumes and multi-lane intersections make it difficult for officers to safely pull over speeding drivers at many locations. This new enforcement approach, with signs and digital intersection speed cameras, will enhance traditional enforcement and improve officer and public safety. Most importantly, I think it will reduce the frequency and severity of crashes.”