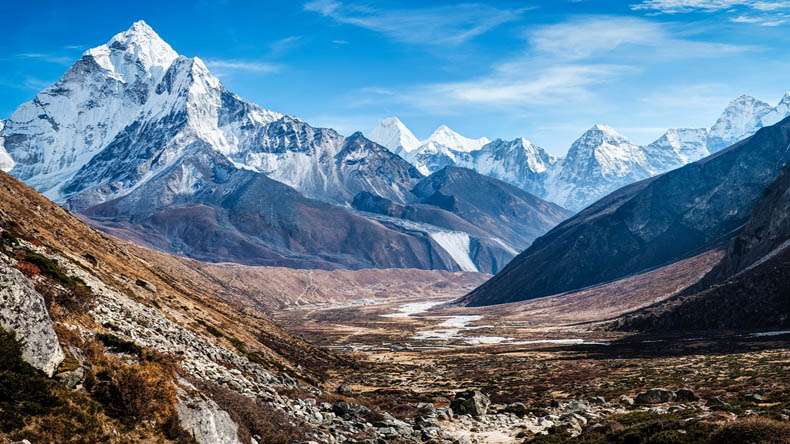 London, Jan 12 (IANS) The Himalayas subsided by up to 60 cm after the April 2015 Nepal earthquake — but the world’s tallest peak, the 8,848-metre Mt Everest was too far from the subsidence area to be affected, researchers have found

Using satellite technology, researchers found that the Himalayas subsided by up to 60 cm after the April 2015 Nepal earthquake that killed more than 8,000 people.

Mount Everest, more than 50 km east of the earthquake zone, was too far away to be affected by the subsidence seen in this event, the researchers said.

The researchers explained that the apparent growth of the Himalayas between earthquakes is a result of a dangerous kink in the regional fault line below Nepal.

This kink had created a ramp 20 km below the surface, with material constantly being pushed up and raising the height of the mountains.

‘We have shown that the fault beneath Nepal has a kink in it, creating a ramp 20 km underground. Material is continually being pushed up this ramp, which explains why the mountains were seen to be growing in the decades before the earthquake,” said lead study author John Elliott from Oxford University.

“The earthquake itself then reversed this, dropping the mountains back down again when the pressure was released as the crust suddenly snapped in April 2015,” Elliott noted.

“Using the latest satellite technology, we have been able to precisely measure the land height changes across the entire eastern half of Nepal. The highest peaks dropped by up to 60 cm in the first seconds of the earthquake,” Elliott said.

The study was published in the journal Nature Geoscience.