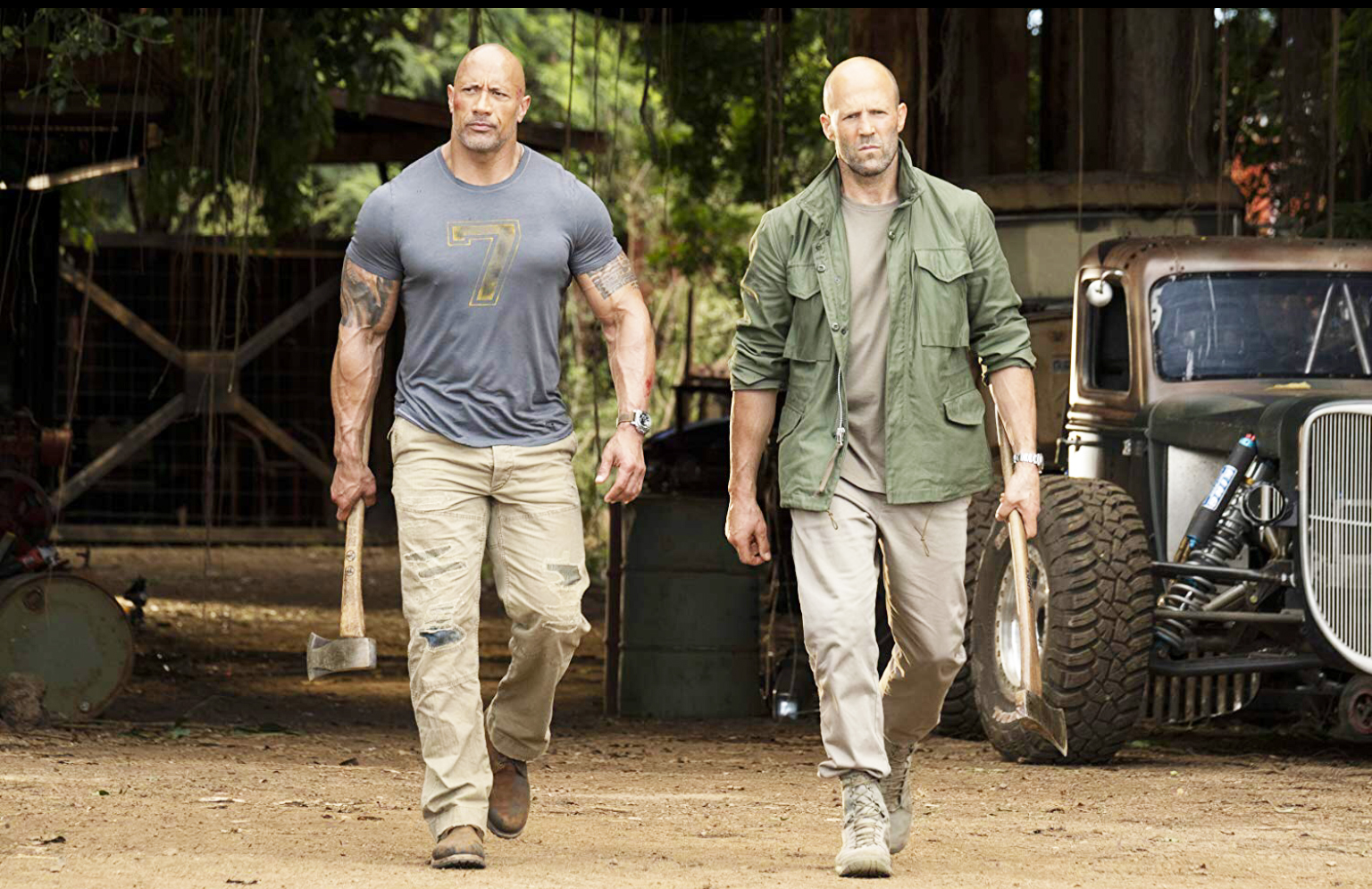 Justice Served!
Not one to rest on their laurels the powers behind the mega successful Fast and Furious franchise are back with a vengeance In What could be a profitable spinoff series for Universal Studios. Abbreviations are good so let’s call the ninth in the phenomenal car driven series Hobbs and Shaw. And who better than ultimate chauffeur with attitude Jason Statham to share top billing with the mega watt smiling Dwayne Johnson. Go with the flow and see the thrilling chaotic comedy these two project now delighting audiences at Cineplex Cinemas and Landmark Theatres across B.C.
Build it and they will come and steal and kill. That’s the problem all good democracies face when a biological weapon somehow disappears. Sinister forces are alive and well in Britain. No, we’re not talking about hair challenged newly minted PM Boris Johnson but Black Adonis and possible future James Bond Idris Elba who comes on strong as a weaponized Superman.
To stop this madman and his terrorist buddies two macho high level government operatives are re-enlisted to take the bad guys down. Those separate lives from across the Atlantic are plunged into conflict not just toward the enemy but towards each other. Johnson and Statham can each gives as good as they get in This raucous Adrenalin hyped up adventure.
Attitude, action and atmosphere is everything to these high stakes flicks and all the actors pull things off flawlessly. Add on some big-name cameos and a family love internet and this Fast and Furious makes for a dynamic good time at the movies and is a perfect summer diversion.