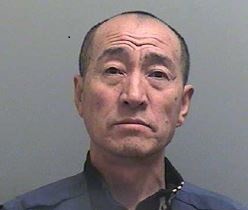 Burnaby:  The Integrated Homicide Investigation Team continues to ask for the public’s assistance in helping to locate 59-year-old Youngku Youn.  Mr. Youn is a suspect in the October 5th murder of his ex-wife, Hee Sook Youn.

Police are also asking for the public’s assistance to locate 54-year-old Kyonghee Kim who is believed to be the girlfriend of Mr. Youn and may currently be in his company. Ms. Kim has not been in contact with anyone since October 5th and her family and police are concerned for her well-being.

In order to provide the public with as much information as possible, police are providing a timeline of the offence and details post offence:

At approximately 11:00am, Hee Sook Youn was found deceased in her place of business in the 4500 block of North Road, Burnaby.

Just before 11:00 am, Kyonghee Kim, was contacted by Mr. Youn and her vehicle was spotted travelling over the Golden Ears Bridge just before 12:00pm.

At approximately 12:30pm the Ridge Meadows RCMP received information about a male in their jurisdiction who was suicidal.  This male was identified by the caller as Youngku Youn.  At this stage, Mr. Youn was a person of interest in the murder of his ex-wife. Ridge Meadows RCMP conducted a search in their area and located Mr. Youn’s PT Cruiser on the corner of Harris Road and Fraser Way.

In attempting to track down Mr. Youn, police located Ms. KIM’s vehicle in Golden Ears Park on Oct 8th, 2016. Investigation has since determined that the vehicle had been in the area of Golden Ears Park since the evening of Oct 5th.

An extensive foot, vehicle and ATV search of the Golden Ears Park was completed by IHIT, Surrey, Ridge Meadows and UFVRD RCMP, ERT/Tactical Troop and the Police Dog Service. Despite an exhaustive search, Mr. Youn and Ms. Kim were not located. Ms. KIM’s car has been seized.

There is much speculation occurring within the various LMD communities about the whereabouts of Mr. Youn and some have speculated that he has taken his own life. While there is no evidence to suggest this has occurred, we are concerned for his safety and are making all attempts to locate him.

Police continue to concentrate our efforts on locating both of these individuals. We believe that Ms. Kim is in the company of Mr. Youn and she could be in danger.

We are asking for the public’s help in locating these individuals.  If you have information on the whereabouts of Youngku Youn and Kyonghee KIM call 911 immediately.

On October 5, 2016, just after 11:00 am, the Burnaby RCMP and BCAS were called to attend a business in the 4500 block of North Road for a female in medical distress.

Upon attendance by first responders, a female, later identified as 59-year-old Hee Sook Youn was located in the washroom of the business. Although the investigation is in the early stages and an autopsy will be required to confirm the cause of death, evidence suggests that she was the victim of a targeted homicide.

The Integrated Homicide Investigation Team has conduct and are currently working with the Burnaby RCMP to gather evidence and locate the suspect as quickly and efficiently as possible.

The suspect is believed to be the Hee Sook’s ex-husband and has been identified as 60-year-old Maple Ridge resident, Youngku Youn.

Mr. Youn’s whereabouts are unknown at this time and IHIT is asking anyone who knows of his whereabouts to call 911 immediately.