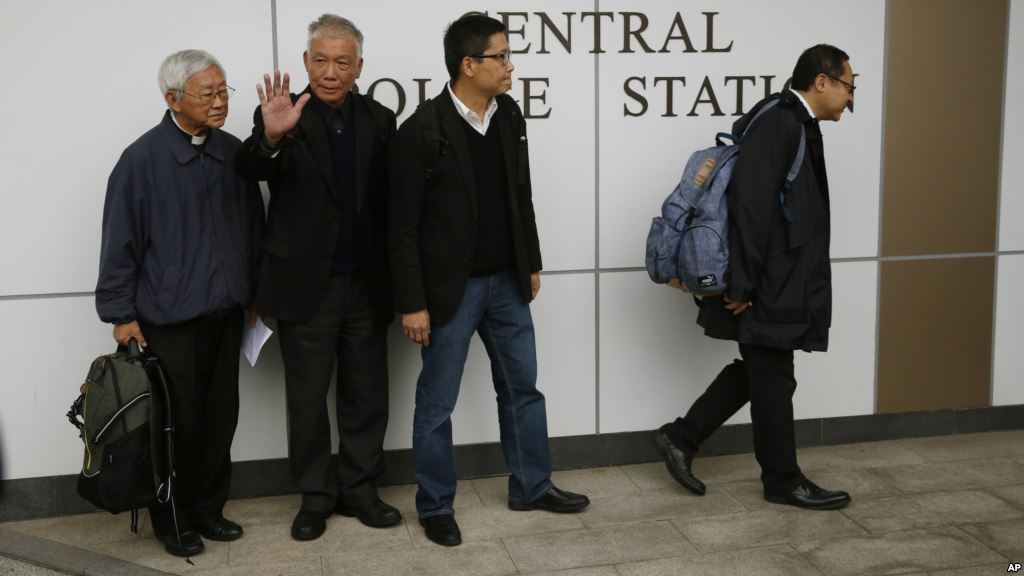 Hong Kong: Three founders of the Occupy Central pro-democracy movement in Hong Kong were released without charges Wednesday just an hour after surrendering to Hong Kong police for organising the protests which began more than two months ago.

“We have not been arrested so we are allowed to leave with no restriction on our liberty,” Tai told reporters.

The three leaders and dozens of other people, who came to the police station to surrender, were asked to fill out a form on the activities of Occupy Central by marking the boxes of various events, such as participating in unauthorised assembly, inciting crimes and vandalism, according to Tai.

However, the police made no arrests.

“Later we may be arrested, even prosecuted for more serious offences. I think we still have to wait and see,” Tai added.

“Our plan now is to return to the community and not to Admiralty (one of the three protest sites) at the moment,” he told Efe news agency.

Before entering the police station, the founders of the movement spoke to the press, while people shouted slogans like “Rubbish”, “Go to jail”, and “We want universal suffrage”.

In another event related to the protests in the former British colony, a number of students are considering joining a hunger strike begun by student leader Joshua Wong and two other activists.

Wong, leader of the student group Scholarism, said at a press conference Wednesday that more students were thinking of taking that route to exert more pressure on the local government to resume dialogue with the protesters on the elections issue.

“We are not saying that we are going to be on strike till we manage to get civil elections. We only want to restart the dialogue,” said Wong who has already gone more than 36 hours without food.

Both Wong and the two young women who are also on the hunger strike said that they would continue despite showing symptoms of fatigue and vomiting.

“We want to let the public know that the hunger strike we are on now is a serious one. We want to refocus the public attention on the Umbrella movement,” said the student leader, referring to the nickname for the protest.

“Occupy Central, the Federation of Students, Scholarism and Democrats Legislators each have their own perspective, and it is only natural that they do not always coincide,” Wong said in a statement Tuesday in which he defended the “harmony” existing between the different factions.