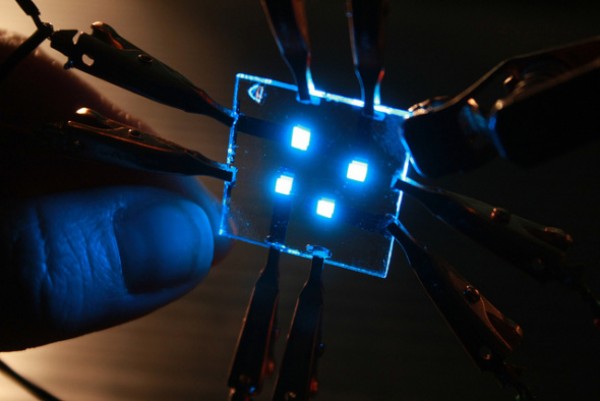 Singapore, July 15 (IANS) Blue light emitting diodes (LEDs) have strong antibacterial effect on major food-borne pathogens and can thus help in food preservation, says a study.
The LEDs are most effective when in cold temperatures (between 4 degrees Celsius and 15 degrees Celsius) and mildly acidic conditions of around pH 4.5, the study by a team of scientists from the National University of Singapore (NUS) said.
This opens up possibilities of using blue LEDs as a chemical-free food preservation method.
Acidic foods such as fresh-cut fruits and ready-to-eat meat can be preserved under blue LEDs in combination with chilling temperatures without requiring further chemical treatments that are commonly needed for food preservation.
The results were published in the journal Food Microbiology.
“Our studies point to a potential for preserving acidic foods in combination with chilling temperatures without chemical treatments,” said lead researcher Yuk Hyun-gyun.
This could meet the increasing demand for natural or minimally-processed foods without relying on chemicals such as acidulants and artificial preservatives to preserve food products,” Yuk said.
Bacterial cells contain light sensitive compounds that adsorb light in the visible region of the electromagnetic spectrum (400-430 nm), which is mainly blue LED light.
Exposure to illumination from blue LED light can hence start off a process within the cells that ultimately causes the cells to die.
The team placed three major food-borne pathogens — Listeria monocytogenes, Escherichia coli O157:H7 and Salmonella Typhimurium — under blue LED illumination, and varied the pH conditions from acidic to alkaline.
They found that higher bacterial inactivation was achieved at acidic and alkaline pH conditions than when neutral.
In particular, acidic conditions were more detrimental than alkaline conditions for L. monocytogenes. For E. coli O157:H7 and S. Typhimurium, alkaline conditions were most detrimental although acidic conditions were also sufficiently effective in deactivating them.
The results can be applied to food chillers or cold supply chain to preserve fresh-cut fruits, ready-to-eat seafood such as sushi and smoked salmon, as well as chilled meat products.
This technology can also be useful for retail settings, spanning hawker centres, food courts to supermarkets, as well as for food suppliers.