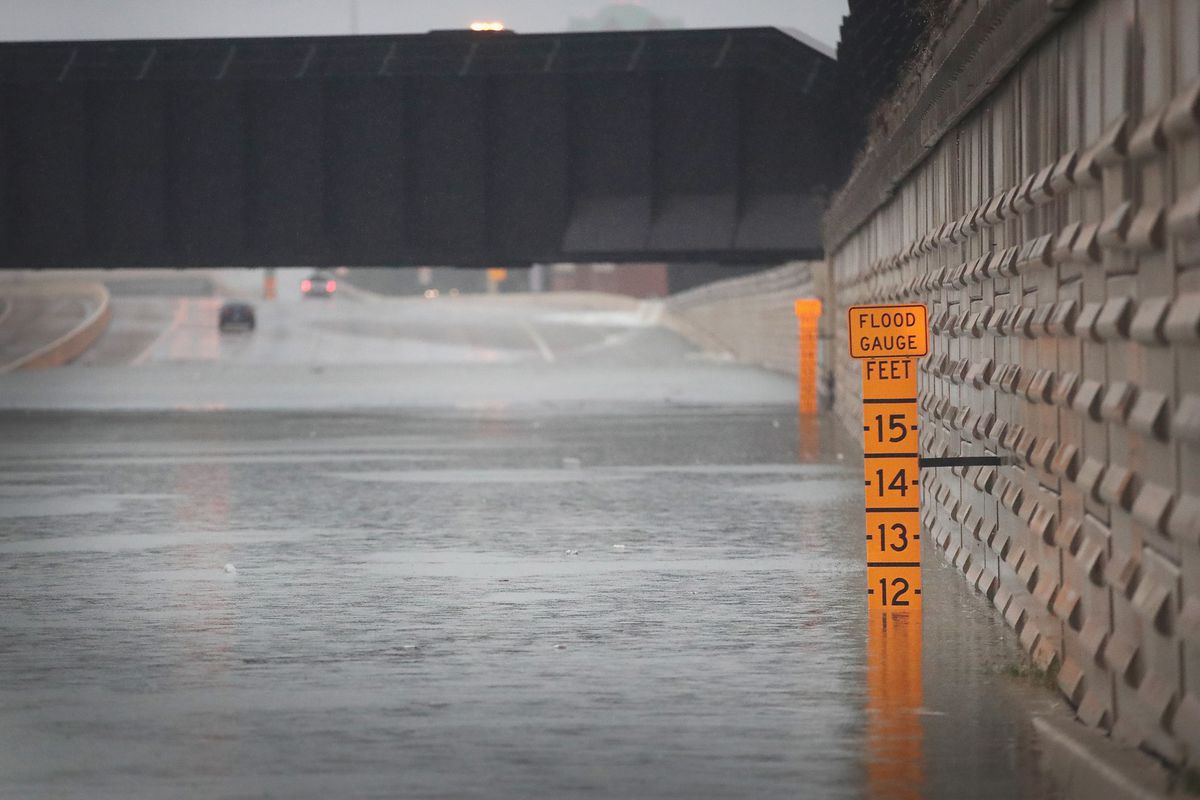 Washington: Catastrophic and life-threatening flooding continued in Texas, forcing residents of the US city to flee their homes in anticipation of several more days of “unprecedented” rainfall.

In the aftermath of Hurricane Harvey, Houston and an ever-expanding swath of cities and towns in the region remained under siege on Monday morning by torrential rain and surging floodwaters, the Washington Post reported.

Some areas were deluged with more than 30 inches of rainfall in the last 72 hours, according to the latest figures from the National Weather Service (NWS). The worst hit area was Berry B Forest Oaks in Harris County.

The NWS said conditions are “unprecedented”. A “flash flood emergency” was in force across the Houston area, with travel near impossible. Thousands of homes were without electricity, many schools were closed along with the two main airports, with runways completely flooded.

About 3,000 national and state guard members were activated in Texas and the Federal Emergency Management Agency deployed more than 1,800 staff.

Harvey made landfall as a category-four hurricane late on Friday. It was later downgraded to a tropical storm.

Up to 2,000 people had been rescued on Sunday in and around Houston, the fourth-largest city in the US, housing 6.6 million people.

Authorities ordered more than 50,000 people to leave parts of Fort Bend County, about 35 miles southwest of Houston, as the Brazos River was set to crest at a record high of 59 feet this week, 14 feet above its flood stage, CNN reported.

Over the next few days the storm was forecast to head back into the Gulf of Mexico, where it would pick up moisture before moving back over Galveston and into Houston again, CNN meteorologist Karen Maginnis said, indicating at least four more days of rain.

The National Weather Service issued flood watches and warnings from near San Antonio to New Orleans, an area home to more than 13 million people.

Curfews were introduced on Sunday in the cities of Alvin, Friendswood, League City, Pasadena, Pearland, Seabrook and Webster. US President Donald Trump plans to go to Texas on Tuesday to survey damage from the storm.

Meanwhile, the US military released water from two major reservoirs earlier than planned to protect central Houston, a move that could itself flood several thousands homes. Residents nearby were told to evacuate in case of danger.

The damage bill of Hurricane Harvey is already drawing comparisons to Hurricane Katrina in 2005, which caused $108 billion of losses (including $80 billion of insured losses).