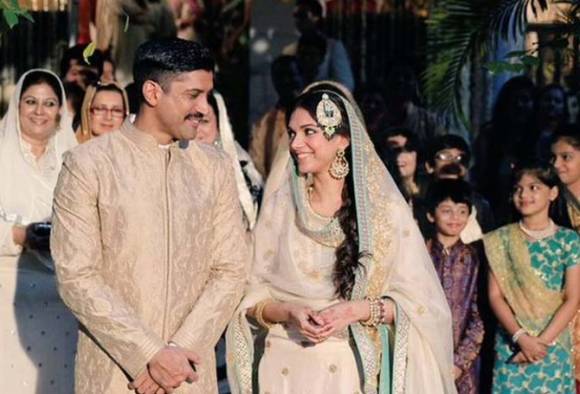 New Delhi, March 18 (IANS) Actress Aditi Rao Hydari, who was on a media trial recently for a rumoured link-up with Bollywood actor-filmmaker Farhan Akhtar, says that initially she used to feel pressure as she was new to the industry but now she laughs off such reports and thinks them “interesting”.

“It’s part of our job,” Aditi told IANS when asked about her reaction to how media rumours affects her as a woman than as an actress.

“There are some days when I am irritated for five minutes and then we all laugh and get on with our work. I actually find it entertaining,” she added.

The “Rock On” star and his celebrity hair-stylist wife Adhuna announced their decision to separate “mutually and amicably” earlier this year and it was reported that Aditi, who worked with Farhan in “Wazir” was the reason behind the split.

However Aditi, who walked for designer Shruti Sancheti at the ongoing Amazon India Fashion Week (AIFW) Winter-Festive 2016, here on Friday, says that Our lives are sometimes far more exciting on print then it actually is because we are working back to back, not sleeping, taking flights from here to there but you (media) attribute (it) as a very exciting life.”

She also says that though she is now five years old in the industry, such link ups used to affect her in initially.

“I have been working here for five years and earlier I used to feel pressure as I was new to it. I was not from the film world. I had not grown up there but today I am happy being like that. Either from being fashion, style or whoever you are, one should actually be effortless. It is about being yourself and being happy, being unique.

“I think when people love you for who you are and not what you are trying to be, I think then you are fine. There is no pressure on you. You are really happy and happy girls are really pretty,” she said.

Some of the highlights of the collection was the print and the footwear designed by Aprajita Toor.