Asian Journal
Home Hot Off The Press I was born here, I will die here: Aamir Khan 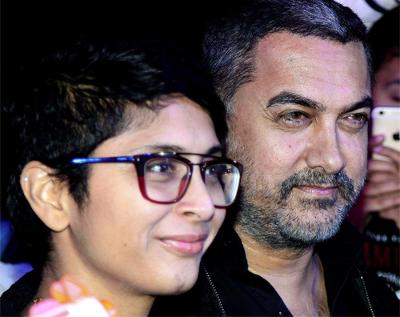 Mumbai, Jan 25 (IANS) Bollywood actor-producer Aamir Khan – who kicked a huge controversy over the intolerance issue last year – on Monday said he had no plans to leave India and he can’t live more than two weeks out of the country.

“I love my country, I was born here and I will die here. I have never thought of leaving India and will never take such a step,” Aamir told reporters while celebrating the 10th anniversary event of ‘Rang de Basanti’ here.

“I never said India is intolerant or I want to leave the country… these two things have been said to everyone. So, obviously, people will get hurt and I understand their emotions. I am not surprised they are angry with me. But, there is no truth to this all…,” the 50-year-old actor said.

“I want to clear this; I have never said India is intolerant. Our country is diverse with so many languages, culture… no other country has so much diversity as India and that’s the strength of our country. But, despite this strength, if anybody tries to break us, that hurts me. Let’s not make this country weak. Let’s not spread poison and let’s live together,” he added.

After his comments last November, the actor was widely criticised by many and even slammed on Twitter by colleagues like Anupam Kher and Raveena Tandon.

Khan was recently replaced as the brand ambassador for the ‘Incredible India’ campaign by actors Amitabh Bachchan and Priyanka Chopra.

Aamir blames the media for misquoting him. He said: “I love my country and I’m not able to live more than two weeks out of the country. I get homesick. I was hurt and along with me many people have been hurt because of this misunderstanding. I give this credit to you all (media) because you all have twisted my words. I request you all that please don’t do this.”