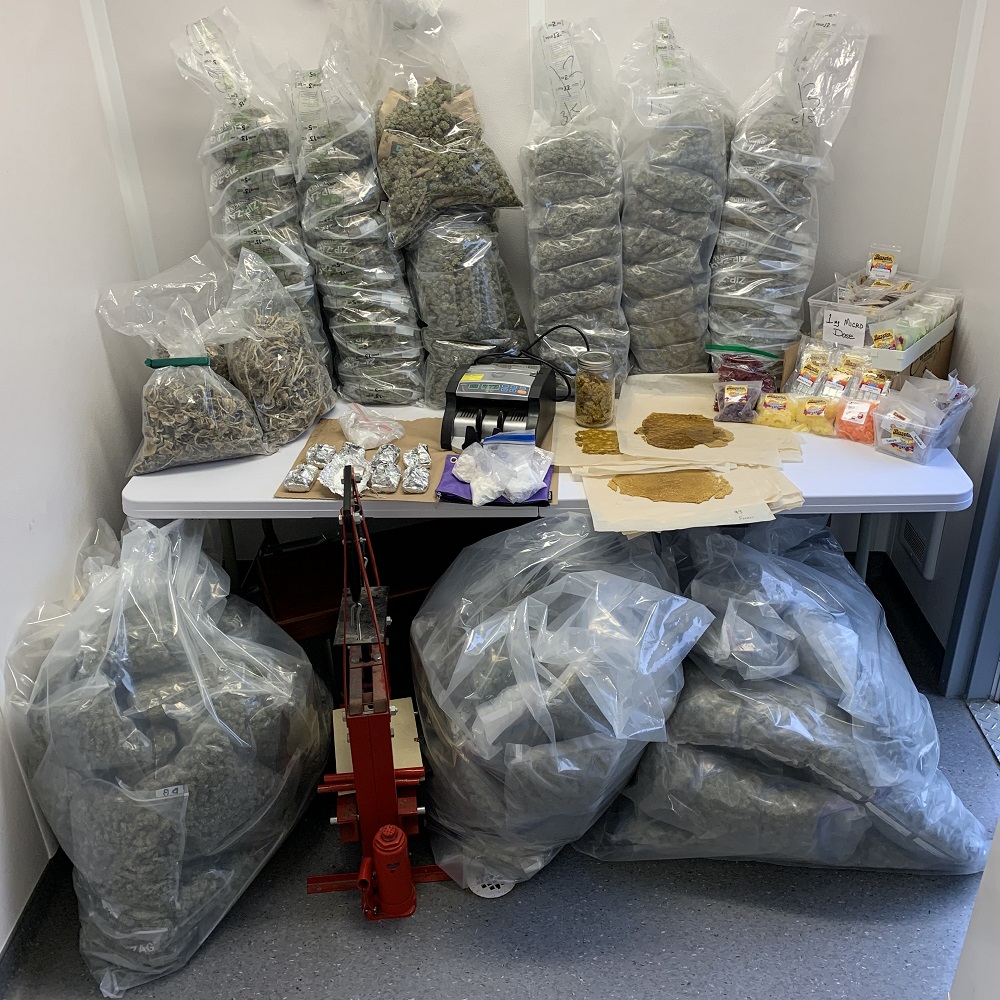 Chilliwack: Two people were arrested and a large Quonset hut was searched during the RCMP investigation of the alleged illegal sale of cannabis products.

An investigation of the activity surrounding a Quonset hut on a property in the 45000-block of Knight Road initiated by the Chilliwack RCMP Crime Reduction Unit Drug Section (CRU) in December 2019 linked the hut to the alleged illegal sale of cannabis products.

Around 8 p.m. on January 23, 2020 CRU supported by Chilliwack RCMP Property Crime Section and Priority Target Team (PTT) executed a search warrant of the building.  RCMP officers seized a suspected 100 pounds of cannabis, cannabis infused items including edibles, over 1000 packages labelled ‘Bareta’ containing ‘shatter’, approximately one half kilogram of cocaine, 2.3 kilograms of psilocybin mushrooms, and pre-packaged prescription tablets were seized by police.  Two 26-year-old men from Chilliwack were arrested during the search.

Both men were later released from custody by police.

Following a thorough investigation and review of evidence, all circumstances of the circumstances will be forwarded in a report by the RCMP to the Public Prosecution Service of Canada (PPSC) for their assessment of Cannabis Act and Controlled Drug and Substance Act charges.

“Chilliwack RCMP remain dedicated in our commitment to safety of our community,” says Corporal Mike Rail spokesperson for the UFVRD.