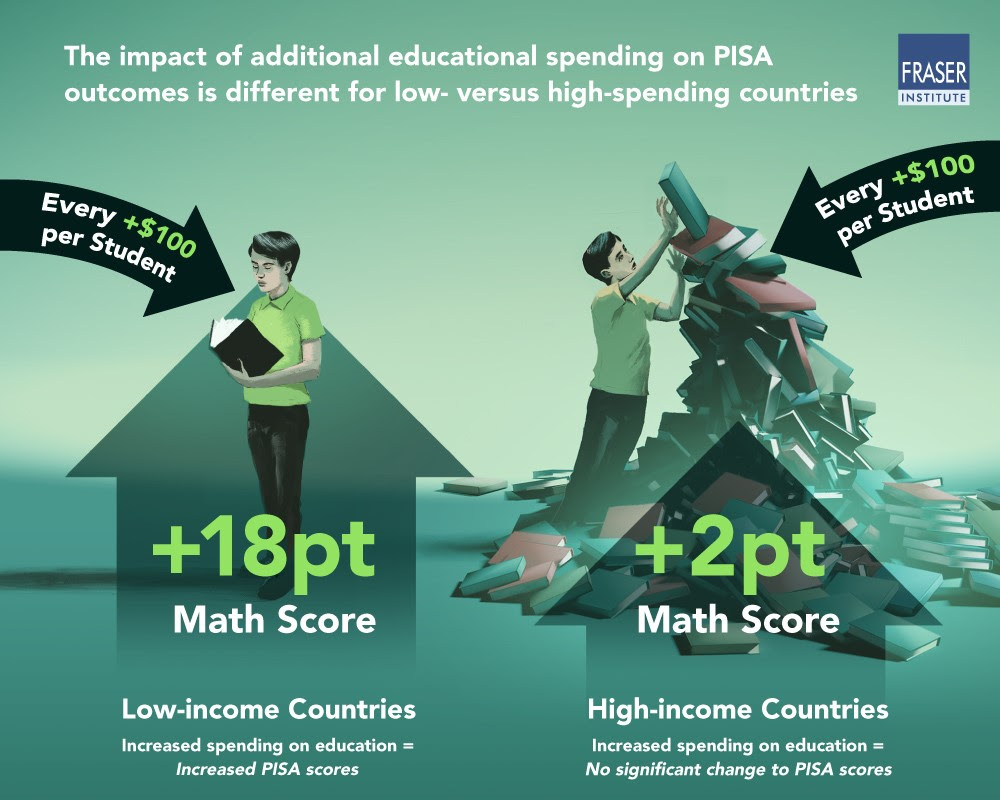 “As poor countries get richer and they spend more on education their test scores rise, but as rich countries get richer, their scores remain relatively stable, which means spending more money on education in Canada will likely have little effect on test scores,” said John Krieg, professor of economics at Western Washington University and author of International Student Assessment: Performance and Spending.

The study compares results from the Programme for International Student Assessment (PISA), an international series of tests commonly used to measure academic performance, from 72 countries from 2000 to 2015, the latest year of available data. At the same time, the study also compares national income (a country’s total income) and education spending levels (per person).

Why? Because high-spending countries such as Canada already employ sufficient educational resources (teachers, classrooms, books, technology, etc.) that contribute to already-high test scores, so additional resources are unlikely to improve student performance in any meaningful way.

“Before policymakers in countries such as Canada spend more taxpayer money on education, they should first understand the likely effects of that increased spending and whether or not the money could be better used elsewhere,” Krieg said.