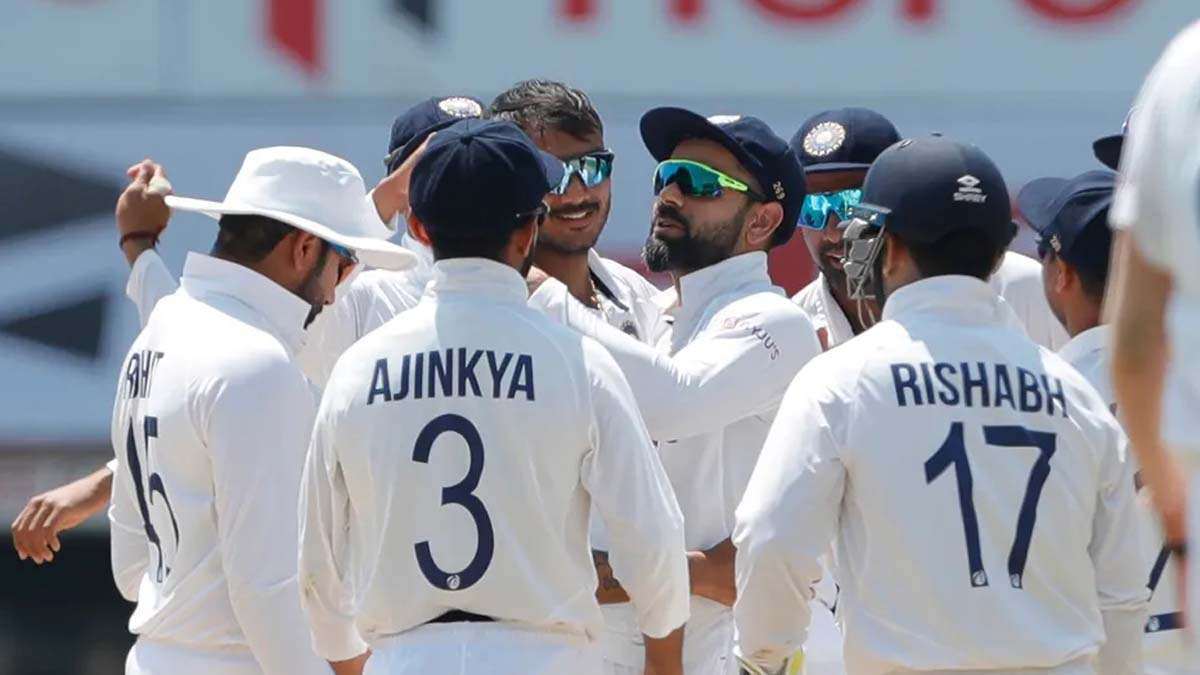 Patel became the ninth Indian bowler to pick up a five-wicket haul on test debut as England was bowled out for 164 runs in the second innings and on the fourth day.

Ravichandran Ashwin was the last Indian spin bowler to achieve the feat, picking up 6-47 against the West Indies in 2011-12.

“It is special to take a five-wicket haul on test debut,” Patel said. “There was so much happening on the pitch. It was turning from day one itself, so we bowled tight lines and forced the batsmen to make mistakes,.

Ashwin took 3-53 in the second innings in this match and finished with a match total of eight wickets as well as 106 runs in the Indian second innings. He was named man of the match.

“The toss wouldn’t have mattered much in this game to be honest..” India captain Virat Kohli said of the successful coin toss win for India on Saturday. “We didn’t panic out there looking at the turn and bounce, we showed grit, got into the game and scored 600 runs in the game. We know our bowlers would do the job for us if we put up these runs.”