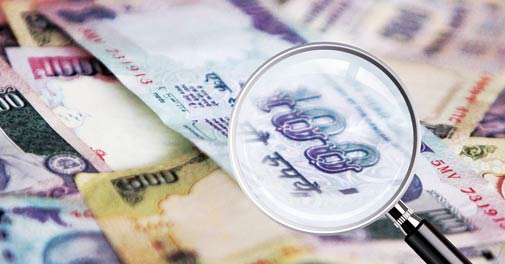 New Delhi, Feb 9 (IANS) The central government has completed assessment of 350 foreign accounts while tax-evasion proceedings have been initiated against 60 account holders as part of its crackdown on black money, Finance Minister Arun Jaitley said Monday.

“About 60 prosecutions have so far been launched for wilful attempt to evade taxes [S/276C(1)] and failure to furnish accounts and documents etc [S/276D],” the finance ministry said in a release here.

“Show Cause Notices before launching prosecutions have been issued in a large number of other cases wherein further action is underway,” it added.

Reacting to a media report that 1,195 Indians were in the list of clients who held accounts in HSBC bank’s Geneva branch from 2006-2007, Jaitley said: “The details that have come out today (Monday) are the ones we already have.”

“The question is not about names but evidences that we need. Some new names have been revealed whose veracity would be checked by authorities,” he said.

Jaitley said the assessment of the balance accounts will get completed by March 31.

The finance minister said the government could not proceed on the “Swiss leaks” reports on the basis of some names.

“Top hundred names have been published in a newspaper. Some of these names already figure in the earlier list available with the government. Necessary investigation will be taken up in all the new cases, expeditiously,” the finance ministry said in its statement.

“Income Tax department is already in touch with the whistle blower who apparently brought out the names of persons holding undisclosed bank accounts in HSBC, Switzerland,” the ministry said.

“He has been requested to share information available with him in regard to undisclosed bank accounts of Indians in HSBC, Switzerland and other destinations. His response is awaited,” it added.

Some prominent names in the media report have reportedly denied having the Swiss bank accounts.

The government had submitted a list of about 628 such account holders to the Special Investigation Team appointed by the Supreme Court for the recovery of black money.

The authorities, in December, said that in case of money stashed in foreign accounts, the disclosure relates to 628 Indians, who figured on a list of account holders in HSBC’s Geneva branch that India has obtained from the France.

Of these, no balance has been found in 289 accounts, according to the SIT report submitted to the Supreme Court.

“Out of the 628 persons, 201 are either non-residents or non-traceable, leaving 427 cases as actionable,” the report said. “An amount of Rs.2,926 crore has been brought to tax towards the undisclosed balances in the accounts (79).”

India has no official estimates of illegal money stashed away overseas, but the unofficial ones range from $466 billion to $1.4 trillion.

“Why doesn’t the BJP government act against HSBC officials? They will spill the beans. (The) US did precisely that,” former Delhi chief minister Kejriwal tweeted.

He added: “But (the) bigger question is – what did first (the) Congress and now the BJP do? Nothing? Why?”

Bedi, the Bharatiya Janata Party’s chief ministerial nominee in Delhi, said in a tweet: “Truly criminal, inhuman when poor man’s money is stolen. This has caused huge gap between haves and have nots.

She said the Indian Express disclosure was “evidence of where our national wealth, meant for infrastructure (and) nation building went … Truly criminal.

“All involved in HSBC scam must get exemplary punishment,” she added.