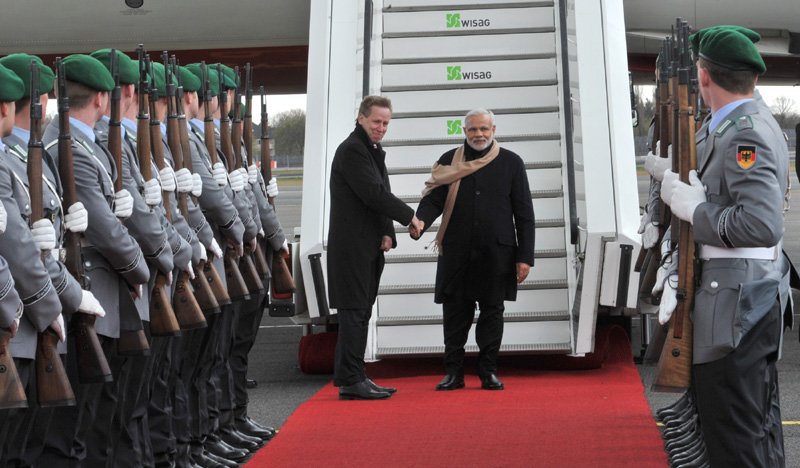 Hannover, April 13 (IANS) Indian Prime Minister Narendra Modi, who has invited global companies to invest in India, continued his pitch at the grand industrial fair here on Monday, this time listing what exactly makes the country an attractive destination.
Inaugurating the India Pavilion and a business summit at Hannover Messe with German Chancellor Angela Merkel, Modi said the 10 months of his government has put an end to the retrospective tax regime, eased the regulatory environment, fast-tracked approvals and encouraged innovation and entrepreneurship.
“All this is a historic opportunity for German companies. You would already be knowing the 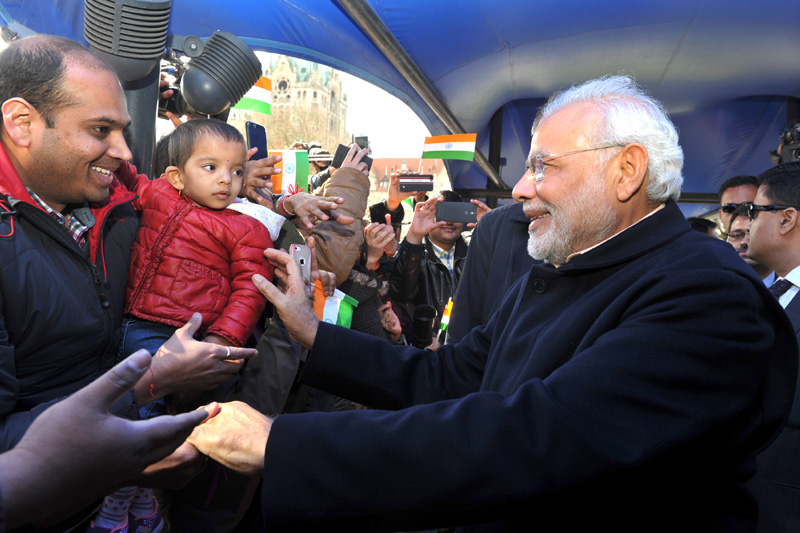 direction of my government and the steps we are taking. We have committed ourselves for creating and improving the business environment.
“I can assure you that once you decide to be in India, we are confident to make you comfortable.
“You will be able to see for yourself the winds of change in India. We are very keen to develop the sectors where you are strong. We need your involvement. The scope and potential, the breadth and length of infrastructure and related developments is very huge in India.”


India is the partner country this year at the world’s largest industrial fair here.
“Indo-German partnership should and will flourish. Participation at Hannover Messe will be beneficial for both sides,” the prime minister said.
Hannover Messe, which exists since 1947, normally has around 6,000 exhibitors and about 200,000 visitors over a one-week period.
At the inaugural, India showcased its ‘Make In India’ prowess, which left the German chancellor rather impressed.
“I’ve never seen a vibrant show like this. It brought alive India’s civilization, culture and technology,” Merkel told Modi as they walked around the India Pavilion.
India was last partner country in 2006, while the Indian business participation this year has 350 companies taking part. Heads of several leading companies will be present, including Tata Group chairman Cyrus Mistry and Infosys’ Vishal Sikka.
Modi’s entourage to the fair comprises five union ministers and three chief ministers. Eighteen Indian states are taking part in Hannover Messe.
India is very much present in Germany these days through the lion logo representing the ‘Make in India’ campaign unfurled all over the country, at airports and other public places.
“The symbol of the lion has been carefully chosen. The lion cannot be stopped, like our journey cannot be stopped, that too by our own rules,” Modi said.


“There is more potential in Indo-German economic collaboration. Our economic partnership is not as much as what both nations would like to have,” he added.
Germany is the eighth-largest foreign direct investor in India. German FDI in India during the period 1991-2014 was valued at $7.57 billion.
Germany is also India’s largest trading partner in the European Union, with bilateral trade amounting to some 16 billion euros in 2014.
In an Op-Ed piece in German newspaper Frankfurter Allgemeine Zeitung on Monday, Modi said that through “our ‘Act East’ and ‘Link West’ policy, India has the potential of becoming the middle ground for East and West as a manufacturing hub that serves both our vast domestic market and becomes a base for global exports and general well-being”.
“I visualize India as a key engine of global growth. Our democratic principles and practices are guarantors of stability. We have a free media and an independent judiciary that allows all opinions to be aired without fear.”
Modi has since arrived in Germany’s capital Berlin, where he will hold bilateral talks with Merkel.