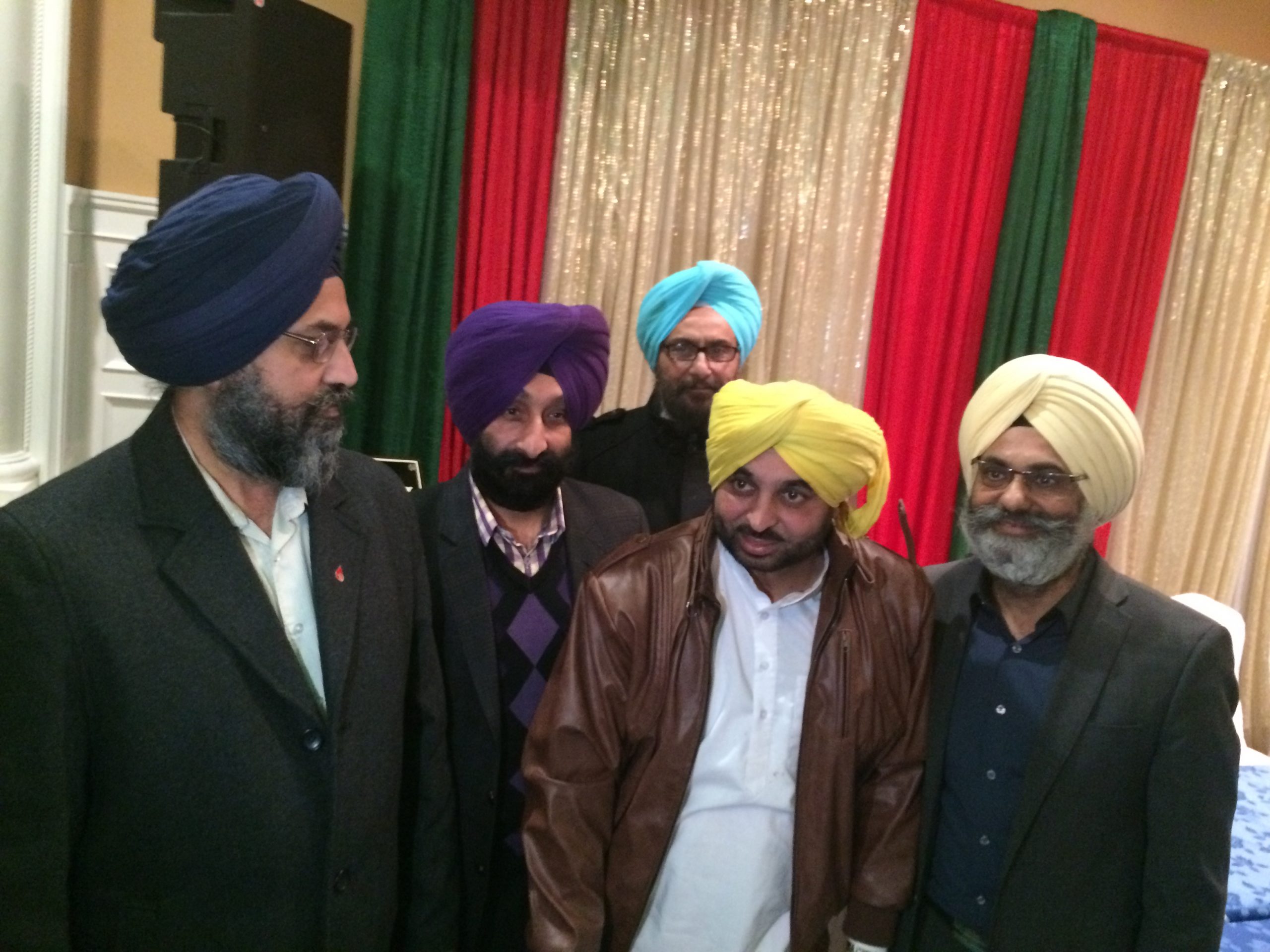 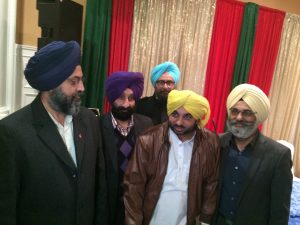 Surrey: India’s Aam Aadmi Party Member Parliament Bhagwant Mann visited Surrey and met with his party cadre in the region. MP from Sangrur constituency Mann interacted with Punjabi Press Club members at Grand Taj banquet hall.
While talking to media Bhagwant Mann, the renowned Punjabi comedian, said that he is confident that AAP will form government in Delhi and this time his party will not repeat the blunder of resigning.
Mann criticized the NRI events organized by Punjab govt. He said that the NRI programs of the government have failed to solve any problem of the non-resident Indians.
He repeated his party’s stand on 1984 sikh massacre that AAP will ensure justice for the victims of the tragedy.