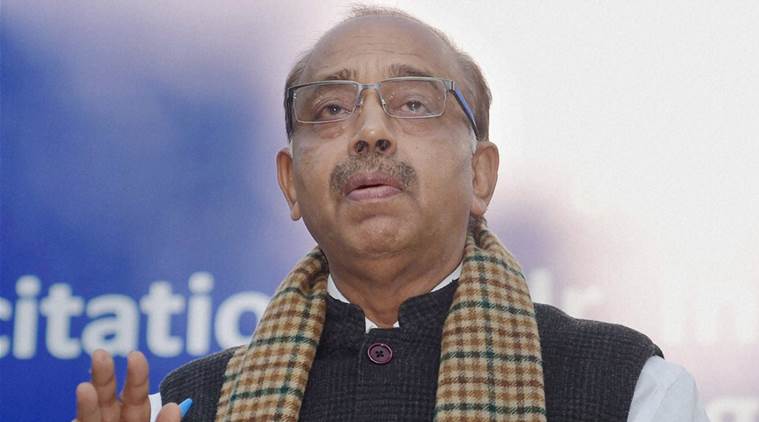 Officials from the Board of Control for Cricket in India (BCCI) and the Pakistan Cricket Board (PCB) were to meet in Dubai on Monday to discuss possibilities of a bilateral series.

Sports Minister Vijay Goel made it clear that the Indian government will not allow the bilateral cricket series as long as Pakistan continues to use terrorism as an instrument of state policy.

“The BCCI should come up with a suggestion or proposal in this regard only after consulting the government. I had said earlier also that the possibilities of bilateral series with Pakistan are very remote,” Goel told reporters here.

“As long as Pakistan continues to sponsor terrorists, it will not be possible to have sporting ties between the two countries. Terrorism and sports will not run side by side,” he added.

India and Pakistan, however, will continue to play each other in international tournaments.

The arch rivals from the sub-continent will meet each other in a group clash of the upcoming Champions Trophy at Edgbaston, Birmingham, on June 4.

“As far as multi-lateral events are concerned, we have no control over those. So the two countries will continue to play each other in such tournaments,” Goel said.

Earlier in the day, BCCI Acting Secretary Amitabh Chaudhary said a bilateral series with Pakistan was possible if the government gave the go-ahead.

“We are not averse to a bilateral series with Pakistan. But everything depends on whether the government gives the clearance,” Chaudhary told a news channel. “The series will not be possible without approval from the government.”

India has not played Pakistan in a full bilateral series since 2007 when Pakistan visited India to play five ODIs and a one-off Test match.

Since then, worsening political ties and accusations of terrorism hurled at Pakistan have stalled bilateral cricket.

Recently, the BCCI had urged the ICC not to put Pakistan and India in the same group in global tournaments.

The financial health of the cash-strapped PCB depends to a large extent on a bilateral series with India.

The two boards had signed an MoU in 2014 according to which the two countries were to play six bilateral series between 2015 and 2023.

Last year, the PCB offered to host the Indian team for a bilateral clash in the United Arab Emirates. But the BCCI had rejected the venue.

The PCB sent a legal notice to the BCCI on May 3, initiating proceedings to seek compensation of around $70 million for not honouring the agreement to play six bilateral series.