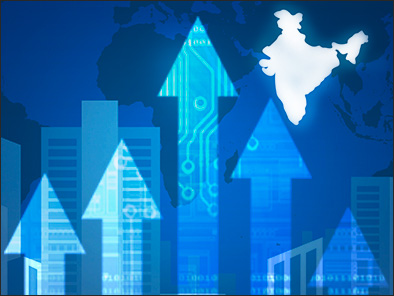 The slower pace of China’s growth primarily reflects weaker investment growth as the economy continues to rebalance, the International Monetary Fund said in its January update of the World Economic Outlook (WEO).

India and the rest of emerging Asia are generally projected to continue growing at a robust pace, although with some countries facing strong headwinds from China’s economic rebalancing and global manufacturing weakness.

Growth prospects in parts of Asia have diminished somewhat as a result of the unexpectedly big external spillovers from China’s growth transition, the WEO said.

In contrast, India, a major net commodity importer, continues to grow at the fastest pace among emerging economies.

Growth forecasts for most emerging market and developing economies reveal a slower pickup than previously predicted.

The pickup in global activity is projected to be more gradual than in the October 2015 WEO, especially in emerging market and developing economies.

In advanced economies, a modest and uneven recovery is expected to continue, with a gradual further narrowing of output gaps.

Risks to the global outlook remain tilted to the downside and relate to ongoing adjustments in the global economy: a generalized slowdown in emerging market economies, China’s rebalancing, lower commodity prices, and the gradual exit from extraordinarily accommodative monetary conditions in the United States.

If these key challenges are not successfully managed, global growth could be derailed, the WEO warned.