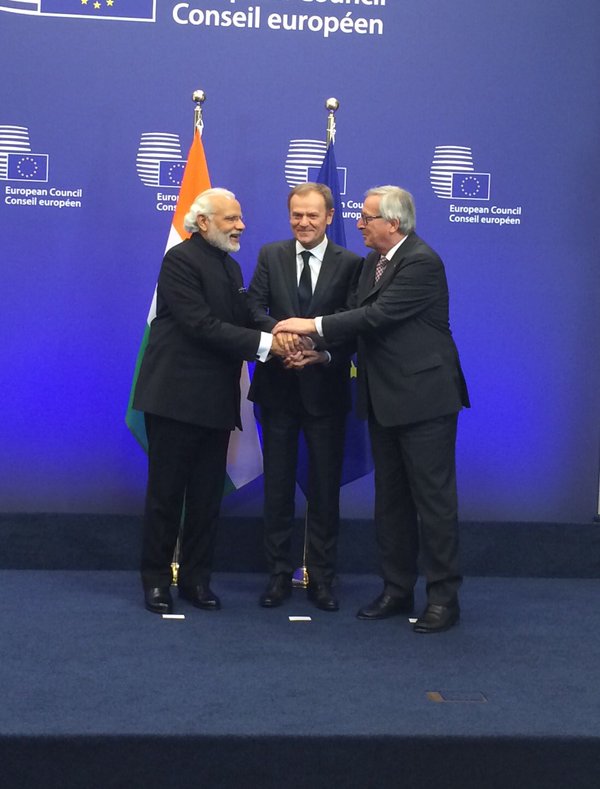 Brussels, March 31 (IANS) India has not bent before terrorism and will never do so, Prime Minister Narendra Modi said to an euphoric Indian community gathering here, while offering deepest condolences for the March 22 Brussels terror bombings.

Addressing a packed Indian community event at the Brussels Expo, winding up a day choc-a-bloc with official diplomatic events, Modi said the world needs to unite against terrorism and should stop differentiation between good terror and bad terror.

“Terrorism is a challenge for humankind, not just any one country or region. Those who believe in humanity should join together to tackle terrorism,” said Modi to a cheering crowd.

“India has not bent before terrorism, and there is no question of bending. But the challenge is a huge one. I have spoken to many important leaders, including religious ones, and explained them of the need to delink terror from religion. No religion teaches terrorism,” he said.

He said the United Nations faces the danger of becoming irrelevant if it fails to tackle terrorism.

“In recent days in India, liberal Islamic scholars held a big meeting, linked to Sufism… They said those who speak of terror are un-Islamic. The more such voices rise, the faster the radicalisation of youth can be prevented. Can’t tackle terrorism with only bombs and guns. Misfortune of the world is that the UN does not know how to tackle terrorism,” he said.

He said the UN was born out of war and is unable to look beyond it. “Don’t know when the UN will tackle terrorism, or how. But seeing the conditions that prevail, it faces the danger of becoming irrelevant. It needs to go along with the times,” he said.

Modi said that during his numerous meetings the entire day, with the Belgian leadership and with the EU, the centre point of talks was terrorism.