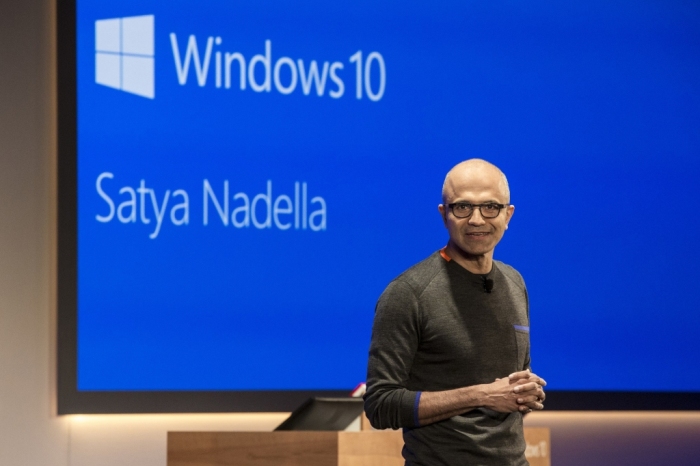 New Delhi, July 28 (IANS) As the world awaits the Wednesday launch of Windows 10 operating system by Microsoft, with which its Indian-born chief executive Satya Nadella wants to power a billion devices in a few years, its potential efficacy in India has evoked mixed response among analysts.
While some feel it may not be a super hit, despite a free update for those with versions above Wondows 7, others say it will prove more of use on devices other than personal computers, like smart phones, tablets and other hand-helds.
This apart, its acceptability at the enterprise level is also in doubt. Nevertheless, Windows 10 will also help those with pirated versions of Microsoft operating systems to migrate to an authentic version, making room for a wide range of applications to choose from.
“At the enterprise level, adoption will vary. Early adopters of Windows 7 may migrate to Windows 10 if they have some compelling business reasons. Cost is not the only concern for organizations. It is also about security, compatibility and manageability,” said Vishal Tripathi, research director at Gartner India.
“Organisations use legacy- and custom-based applications than regular plug-and-play software. A compatibility test is needed. That will require time and effort. Those that recently migrated to Windows 7 will not move away too quickly, while others will wait and watch,” Tripathi told IANS
According to Prasanto K. Roy, a noted technology writer and chief editor of Trivone, a media and digital services company, Windows is an overhaul of the previous version that had flopped. But getting enterprises to upgrade to it will be near-impossible.
“This apart, PC sales are also weak and Windows users don’t upgrade the way Mac OS users (or iOS users) do when a new OS is launched. This is true worldwide, and even more so in India,” Roy told IANS.
“Overall, I think Windows 10 is great. But it isn’t going to save Microsoft or do much for its desktop revenues.”
Another analyst, Kiran Kumar of IDC, said India has an installed base of 55-60 million personal computers, out of which some 55 percent are with individual consumers while the remaining are with businesses and institutions.
“An increase of even 1.5-2 percent in PC volumes will mean around 10 million additional volumes. Consumers will be eager to go for the new Microsoft launch, as Windows 10 is a free upgrade. These will be targets for vendors like Microsoft,” Kumar told IANS.
But it is over the enterprises market that analysts seem to converge with the forecasts.
“The enterprise market remains a tough nut to crack for Windows. This is true globally and more so in India, because enterprises are reluctant to upgrade,” said Roy, adding, as stability is the main criteria, may will hold on to ageing Windows 7 or even the obsolete, 13-year-old Windows XP.
“It’s next to impossible to get a large enterprise to upgrade Windows, or even to agree to buy hardware with the latest version of Windows within the same year of a new version’s launch,” Roy said.
Clearly, the experts feel that Microsoft appears to be targeting new devices.
“By offering Windows 10 free, Microsoft is attempting to compete with Apple, Samsung and Sony in the tablets and smartphones segment where they use iOS and Andriod OS, developed by Google,” said Siva Kumar, a software engineer in Bengaluru.
“With more users shifting to tablets and smartphones for their mobility and convenience, Microsoft is trying to catch up with peers with its Lumia, which it acquired from Nokia post its takeover,” he added.
Even Microsoft has conceded this bit.
“The world today is very different from the one in which Windows grew up. Today, devices outnumber people. Connectivity is like oxygen. The tension between the desire for agility versus stability poses a huge challenge for IT Pros,” Microsoft said.
“The new Windows must be built from the ground-up for a mobile-first, cloud-first world. This new Windows must help our customers be productive in both their digital work and their digital life,” the company said ahead of the launch
“This new Windows must empower people and organisations to do great things. That new Windows is Windows 10,” it said, adding it will target devices small or large screens, or even some that don’t have screens at all.
Stating that it will also target devices that are 10 feet away, use touch, or a pen, or even gestures, besides the traditional mouse or keyboards, Microsoft said Windows 10 is not about one user interface but one product family, tailored for every device.
But how far will Microsoft be able to penetrate the smartphone market?
Said Roy: “Mobiles, including tablets are a big focus for Windows 10. But its share of smartphones is so low in India and the world that it becomes irrelevant. I don’t see that changing in India or elsewhere, however great Windows 10 Mobile may be – even with smoother Android-apps support.”