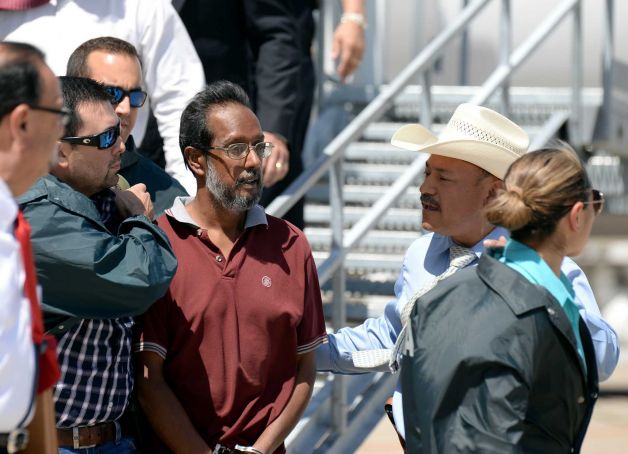 New York, July 17 (IANS) An Indian American medical transcriptionist who pleaded guilty to killing his ex-lover 10 years ago was extradited to the US from India and will now serve his 23-year prison sentence, a media report said on Friday.
Amit Livingston, who failed to appear before the court in 2007, pleaded guilty to killing his 31-year-old former lover Hermila Hernandez in 2005, India West reported.
Hernandez was shot in the back of the head and her body was left on a South Padre Island after she reportedly told Livingston she wanted to end their relationship.
After announcing the sentence in 2007, Judge Abel Limas strangely allowed Livingston some time to get things in order before reporting to prison.
When Livingston’s date for reporting to prison arrived, he disappeared.
Limas and Armando Villalobos, the district attorney at the time, were both later convicted in a bribery conspiracy and the scheme that allowed Livingston to escape, the report added.
In May 2014, Livingston was arrested by Indian police in Hyderabad. He was finally extradited to the US on July 14, 2015, under the terms of a 1997 India-US extradition treaty.
Livingston, now 47, will begin serving his 23-year prison sentence in a Texas prison.

Are you thinking about an upgrade, transition or addition to your computer network and are...

Americans trust Canadians more than they trust themselves, poll suggests