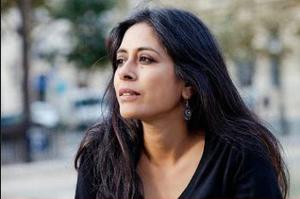 London, July 29 (IANS) Indian author Anuradha Roy is among the 13 people longlisted for the prestigious Man Booker Prize for 2015, it was announced on Wednesday.
Roy was longlisted for her book ‘Sleeping on Jupiter’, Xinhua reported.
The 13 books in the longlist included British author Tom McCarthy’s Satin Island, British writer Andrew O’Hagan’s The Illuminations and Indian-origin Sunjeev Sahota’s The Year of the Runaways, Xinhua reported.
These 13 works of fiction were selected from 156 books for this year’s prize by a five-judge panel. The shortlist of six books will be announce in September and this year’s winner will be announced on October 13.
Man Booker Prize, first awarded in 1969, is recognised as the leading prize for high quality literary fiction written in English.