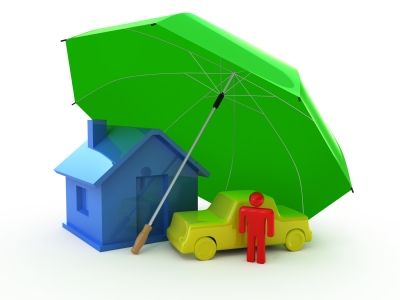 New Delhi: The Narendra Modi government Moday expressed confidence at getting the insurance bill, which seeks to raise the cap on foreign equity in the sector from 26 percent to 49 percent, through parliament even as some opposition parties appeared allied against the measure.

“We are committed. We want insurance reforms at the earliest and I am confident of getting the support of major opposition parties as they have all given a commitment,” Parliamentary Affairs Minister M. Venkaiah Naidu said.

Sources said government is trying to bring together parties which may support it in the upper house where it is in a minority.

The insurance bill, which is presently with a select committee of Rajya Sabha, is likely to be tabled in the upper house Friday as per the committee’s mandate.

The BJP-led government is in minority in this house, while parties like Trinamool Congress, Left parties, and the newly formed block of former Janata Dal parties including Rashtriya Janata Dal (RJD), Samajwadi Party (SP) and Janata Dal-United (JD-U) have openly opposed the bill.

The main opposition party in the upper house, the Congress has kept its cards to itself, with party leader Kamal Nath saying a decision will be taken only after seeing the report of the select committee.

“We will take a call on the insurance bill after the report of the select committee comes,” Kamal Nath told the media in the parliament complex.

The bill was sent to a select committee of the Rajya Sabha during the last parliament session. The report is supposed to be tabled Nov 28.

Kamal Nath said the Congress will “cooperate with the government in the passage of key bills” and “will play a constructive role in parliament”.

“There has to be a discussion on contentious issues before taking a final decision,” he said on the bill. “We will consult other opposition parties and form an opinion,” he added.

However, in a surprise turn, BSP supremo Mayawati Monday said there was no reason for her party to oppose the insurance bill if the select committee accepts its suggestions.

“The select committee hasn’t taken a decision on insurance bill yet, if our suggestions are accepted why would we oppose it,” she asked while speaking to the media outside parliament.

The Trinamool, which has been opposing the bill, said they will not let it pass. “There is no question of passing the bill. First let it be taken up, clause by clause, in the select committee,” party leader Derek O’Brien said.

JD-U leader K.C. Tyagi had Sunday said their newly formed block with SP and RJD, along with other parties will stop the bill from being passed.