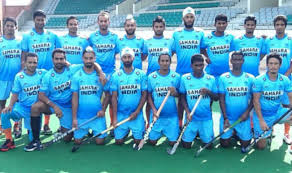 Breda (The Netherlands), July 22 (IANS) India went down 1-3 against Belgium in a league match of the men’s Volvo International Under-21 hockey tournament here on Tuesday.
After winning the first two matches against Germany and New Zealand, the Indian team failed against Belgium, who defended strongly and scored all the goals in the second half.
Even though the first half was filled of fast-paced play, the 35 minutes didn’t yield any goals for either team. In the last few minutes, the Belgian colts earned a penalty corner, which was perfectly saved by Indian goalkeeper Suraj Karkera.
The second half saw more aggression from both the junior teams as they desperately wanted to break the deadlock. It was Belgium who managed to earn a penalty corner in the first few minutes, but again Indian custodian Suraj foiled it.
In the 42nd minute, Belgium attacked again and Tom Degroote scored a field goal to give them the 1-0 lead.
However, their joy was short-lived as the Indians earned two back-to-back penalty corners and drag-flicker Harmanpreet Singh converted the second chance into a marvellous equaliser in the 48th minute.
Seven minutes later, the Belgians counter-attacked and earned another penalty corner, which Tanguy Zimmer successfully converted to make it 2-1.
Continuing their surprise attacks, the European team increased its lead in the 62nd minute when Xavier Deruyttere sounded the board with a field goal and it sealed the match for them.
Harendra Singh-coached India will face hosts the Netherlands in their fourth match on Wednesday.