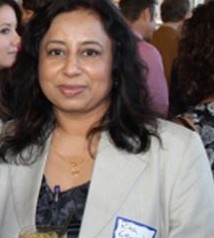 Toronto: An Indian-origin woman lawyer is on the run after stealing $3.5 million (Rs.18.8 crore) of her clients’ mortgage funds.

Rita Grewal, a real estate lawyer from Mississauga, Canada, went missing in July and has not been heard from since, the Star reported.

Grewal “mishandled, misapplied or misappropriated millions of dollars”, abandoned her law practice, failed to serve clients to the standard of a competent lawyer and was not cooperating with the law society’s investigation, said a motion filed by the Law Society of Upper Canada.

Grewal’s licence was suspended Oct 3 to “protect the public” and she has been ordered to pay a fine of $10,000.

The Law Society Tribunal also ruled that activity on Grewal’s credit card suggested that she was in India.

The law society has no power to extradite Grewal but has referred the case to police, society spokesman Roy Thomas was quoted as saying.