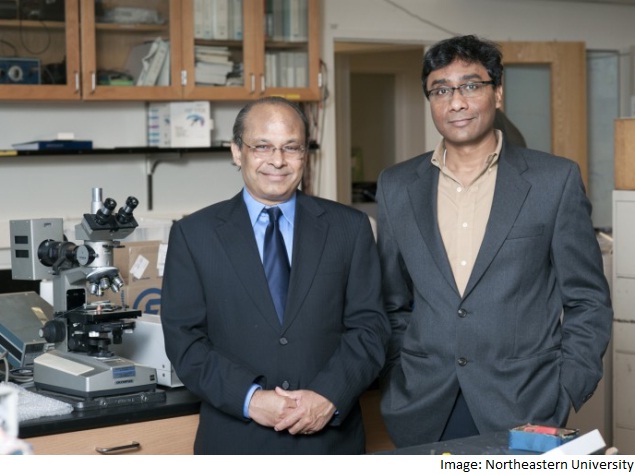 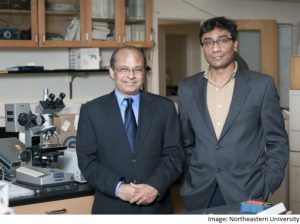 New York, Aug 4 (IANS) Indian-origin scientists Swastik Kar and Srinivas Sridhar have developed a new super-thin light-weight material with potential applications in a range of tools that we use everyday — from cameras to computers, says a new study.
The new material spun out of boron, nitrogen, carbon, and oxygen shows evidence of magnetic, optical, and electrical properties as well as thermal sensitivity.
Its potential applications run the gamut: from 20-megapixel arrays for cellphone cameras to photo detectors to atomically thin transistors that when multiplied by the billions could fuel computers, the study said.
The researchers from Northwestern University in Illinois, US found the material while working for a four-year project funded by the US Army Research Laboratory and Defense Advanced Research Projects Agency.
They were charged with imbuing graphene with thermal sensitivity for use in infrared imaging devices such as night-vision goggles for the military.
Kar and Sridhar spent a lot of time trying to get rid of oxygen seeping into their brew, worried that it would contaminate the Â“pureÂ” material they were seeking to develop.
“ThatÂ’s where the Aha! moment happened for us,Â” said Kar, assistant professor of physics in the College of Science.
“We realised we could not ignore the role that oxygen plays in the way these elements mix together,Â” Kar, an alumnus of Indian Institute of Science, Bangalore, noted.
“So instead of trying to remove oxygen, we thought: LetÂ’s control its introduction,Â” Sridhar, professor of physics and director of NortheasternÂ’s Electronic Materials Research Institute, said.
Oxygen, it turned out, was behaving in the reaction chamber in a way the scientists had never anticipated: It was determining how the other elements — boron, carbon, and nitrogen — combined in a solid, crystal form, while also inserting itself into the lattice.
They named the new material 2D-BNCO, representing the four elements in the mix and the two-dimensionality of the super-thin lightweight material, and set about characterising and manufacturing it, to ensure it was both reproducible and scalable.
The findings appeared in the journal Science Advances.