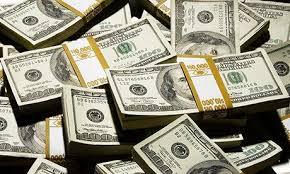 New Delhi, April 24 (IANS) India’s foreign exchange reserves touched a record high of $343.2 billion for the week ended April 17, the Reserve Bank of India’s data showed on Friday.
The reserves have risen by $2.79 billion over the week and $33.79 billion during the past one year, the weekly data showed.
The reserves include predominantly foreign currency assets, gold, special drawing rights and reserve position with the International Monetary Fund.
The gold reserves remained unchanged at $19.04 billion during the week.