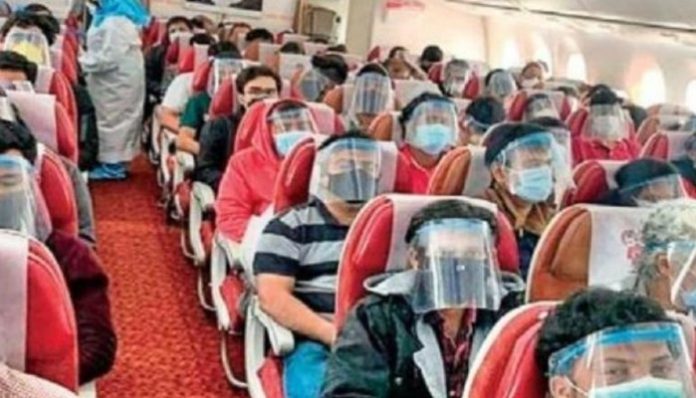 Vande Bharat Mission, India’s massive repatriation programme triggered by the Covid-19 pandemic has brought back over 67.5 million people from abroad till now.

He said “It is not just a mission that brought back stranded & distressed citizens from around the world, but Vande Bharat has been a Mission of hope & happiness; of letting people know that they will not be left behind even in the most testing times.”

India had commenced one of the world’s largest repatriation operations from May 7, 2020 to bring back its stranded citizens from abroad.

Initially, Air India and its subsidiary Air India express played a key role in the operations. Afterwards, other air carriers were allowed to take part in the programme.

Besides, aerial evacuation, even naval ships and the land borders were used to bring back Indian citizens.

Scheduled international flight operations were suspended from March 23 last year in the wake of the COVID-19 pandemic in the country.

Amid the suspension, special international flights have been allowed under the Vande Bharat Mission since May last year and under bilateral “air bubble” arrangements with select countries since July.
So far, India has signed an Air Bubble agreement with 27 countries including Qatar, Maldives, Germany, and France among others.

The air bubble is a temporary arrangement between two countries to restart commercial flight services at a time when regular international flights are suspended due to COVID-19.

Premier’s statement on the death of Prince Philip, Duke of Edinburgh

Some provinces see positive signs in COVID fight, but hospitalizations a concern

Surrey one of Canada’s Top Employers for Young People

Hollande says sanctions on Russia should be lifted