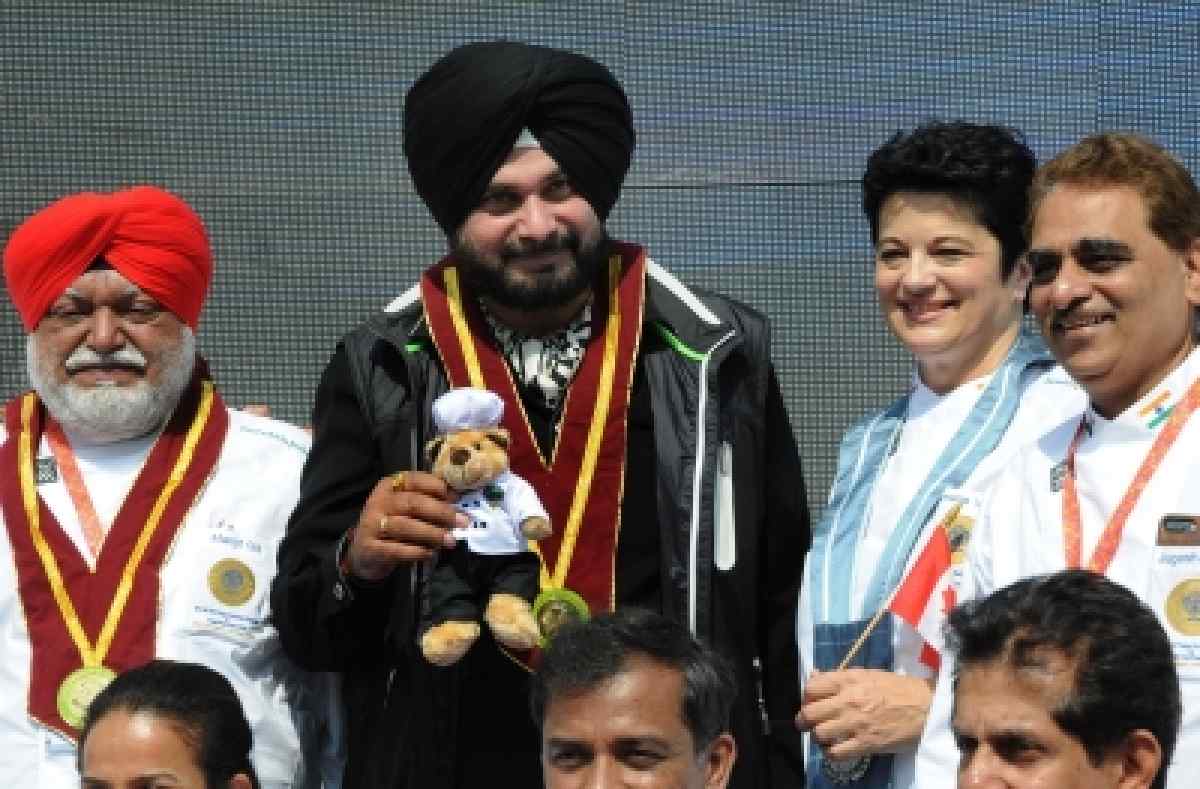 Amritsar: Amid the calmness and selfless service the sacred Golden Temple offers and the rich historical context of Qila Gobindgarh — where the invaluable Koh-i-noor was once housed — scores of Indian and international chefs set sail on a three-day heritage food summit inaugurated by Punjab Culture Minister Navjot Singh Sidhu on Friday.

Helmed by Indian Federation of Culinary Associations (IFCA) president and ace chef Manjit Singh Gill, this is the first edition of the World Heritage Cuisine Summit and Food Festival.

The festival, being hosted in the heart of India’s food bowl, Punjab, found an apt opening in the holy premises of the Golden Temple, or Harmandir Sahib (‘Abode of God’), while it was still absorbing the sun’s ‘swarna’ (golden) charm.

The shrine, situated in the heart of the agricultural state and considered the holiest by followers of Sikhism, feeds around a lakh of the approximately 1.5 lakh visitors it sees everyday.

“More than three thousand people are involved full-time in the management of the gurdwara. Even then, there is an influx of volunteers who do ‘seva’ selflessly,” a spokesperson from the Temple’s information bureau told IANS.

Pointing to those preparing ‘rotis’ and stirring ‘dal’ in huge cauldrons in the Guru Ramdas ‘Langar’ Hall, he mentioned that these volunteers come from all walks of life — “from ‘fakir’ (mendicants) to ‘shahenshahs’ (king of kings)”.

The words, almost prophetic, soon came alive as an early morning chefs’ procession to the sanctum sanctorum turned into a queue of global chefs jumping in to volunteer at the ‘langar’.

As the global culinary ambassadors took in Punjabi cuisine and culture, many of them also revelled in the the langar servings — made with remarkable simplicity but holding the flavoured ‘zaika’ of a food-loving community.

Also marking a certain yearning to return to own roots despite culinary innovations taking the hospitality industry by storm, the traditional opening is in line with what sets the festival apart — its focus on ethnic cuisine.

In addition to masterclasses, it will also feature live demonstrations from top chefs, where they set up their make-shift kitchens and explain the process of preparing traditional platters.

Sidhu, in his inaugural speech, promised a culinary art institute for Amritsar, as a tool to retain in the country the culinary artists-in-making who leave “in search of greener pastures”.

He also announced that the city’s old Town Hall building will be converted to a “world-class” food street, and that tenders worth Rs 10.76 crore have already been issued for this.

“The dream is coming to a reality, already,” he said at the opening in Qila Gobindgarh, which was a stronghold of Punjab’s Maharaja Ranjit Singh in the early 19th century, and now buttresses Punjab’s rich history.

The three-day summit and food festival will conclude on Sunday.