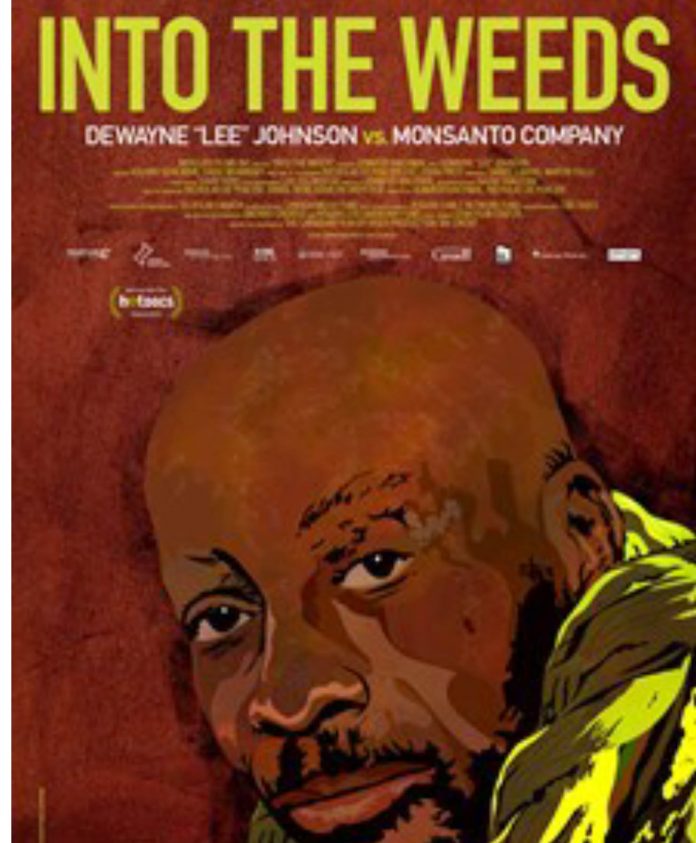 See the evils of greed come full circle in Into The Weeds. Not since the ugly truth on the dangers of smoking (hello Phillip Morris) emerged on the national stage in the U.S.has there been such a wake-up call over the dangers of another widely used product. Sad how these corporate behemoths have not learned the lesson that attempts to hide the truth are never good . Heck it may even prove costly. Get a taste of deja vu by taking In this documentary Into the Weeds
from Mongrel Media currently showing at the Fifth Avenue Cinemas.
Agriculture is big business. There is no bigger player on the world stage than Monsanto when it comes to growing crops. At the heart of this multi-National conglomerate is their weed killing product Round-Up. What Into The Weeds shows is how a simple man launched a campaign to let the world know just how dangerous this product is to the health and well being of it’s users. Now that’s definitely an oxymoron when it comes to the role Monsanto has played to champion it’s star product.
Not willing to back down from a challenge is Dewayne Lee Johnson who, with the help of some lawyers with morals, took Monsanto to court over the mislabeling of around-Up in relation to its health warning labels. In a true David vs Goliath battle Royale this engaging documentary reveals just how far this icon of American corporate culture would go to defend their star billion dollar chemical compound against a lonely California school board maintenance worker now sick with Cancer through no fault of his own.

Stark, serious and downright entertaining this movie gives us a birds eye view into the doctoring of data, the complicit role of the EPA in this money-driven affair and a champion of the underdog just trying to right a wrong. Consider Into The Weeds to be a must see movie for those who care about health and welfare. And just doing the right thing.