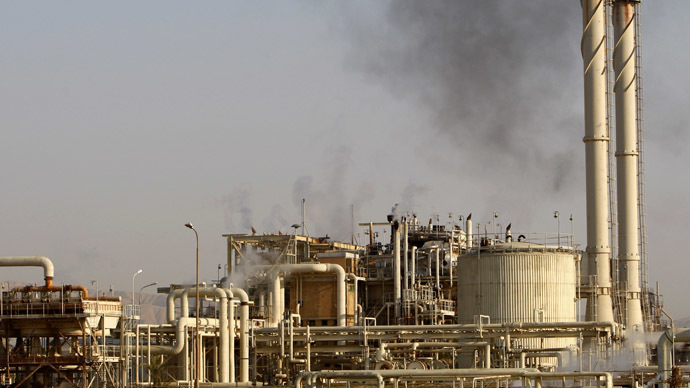 Brigades from the federal police and allied militias, known as Hashd Shaabi (Popular Mobilisation), backed by tanks and armoured vehicles, rushed to an airbase just north of the provincial capital city of Tikrit, some 170 km north of Baghdad, a provincial security source said.

The troops are preparing to start an offensive aimed at retaking full control of the oil refinery north of the town of Baiji, some 200 km north of Iraq’s capital, the source told Xinhua news agency.

Over the past few days, IS militants have repeatedly carried out attacks against government troops and allied militias, and captured large areas of the vast oil refinery.

Across the country, 28 people were killed on Tuesday in bomb attacks and clashes between government forces and IS militants.

Months of bloody clashes at the Baiji refinery have heavily damaged oil installations and related buildings in an area spanning some 20 sq km, with fires raging and huge columns of smoke visible from far away.

Since March 2, around 30,000 Iraqi troops and thousands of allied Shia and Sunni militias have been involved in the biggest offensive against IS militants to recapture the northern part of Salahudin.

In Anbar province, security forces and allied militias repelled an attack by IS militants from two directions inside the provincial capital city of Ramadi, some 110 km west of Baghdad, leaving 11 IS militants and three security members dead.

Also in Ramadi, extremist militants planted bombs in 14 houses belonging to policemen and soldiers and blew them up in the part of Soufiyah district under IS control, the source said.

No was killed or injured in the blasts, as the families had fled before the IS took over the district, the source added.

Also on Tuesday, 12 soldiers and government-backed militiamen were killed in a suicide bombing at a military base near the IS-held town of Garma, which is located just east of the city of Fallujah, some 50 km west of Baghdad.

IS militants have seized much of Iraq’s largest province of Anbar and tried to advance toward Baghdad, but several counter attacks by security forces and Shia militias have pushed them back.

In central Baghdad, at least two people were killed and six others wounded when a car bomb exploded near the headquarters of a Shia militia, known as Imam Ali Brigades, in Karrada district, an interior ministry source told Xinhua.

The security situation in Iraq has drastically deteriorated since last June, when bloody clashes broke out between Iraqi security forces and IS militants.