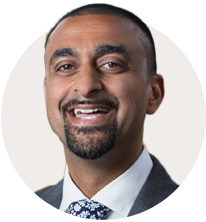 The expansion means organizations within the Capital Regional District (CRD) electoral areas of Juan de Fuca, Salt Spring Island and the southern Gulf Islands are eligible to apply for funding from ICET and be included in other services that ICET provides.

“Expanding the trust’s service area means more small communities will be eligible for funding that will help them grow and thrive, supporting projects such as building new infrastructure, enhancing small-business opportunities or supporting Indigenous economic development,” said Ravi Kahlon, Minister of Jobs, Economic Recovery and Innovation. “As with StrongerBC, ICET is working hard to build an economic recovery for British Columbia that is innovative, sustainable and inclusive.”

ICET was created by the B.C. government in 2006. It is an independent regional economic development corporation focused on stimulating economic growth and job creation on Vancouver Island and the Sunshine Coast.

Until now, communities in the CRD were excluded from the ICET service area. The decision to include the Juan de Fuca, Salt Spring Island and southern Gulf Islands electoral areas was made because the B.C. government determined these communities have fewer services than their urban CRD neighbours, lack the ability to cover the costs of core services and amenities and face challenges in developing their economies.

“ICET has an exceptional 15-year track record for strengthening and diversifying local economies in the region, and I’m delighted that more people and communities will now enjoy the benefits,” said Adam Olsen, MLA for Saanich North and the Islands. “The Southern Gulf Islands have been asking for this change for more than 10 years, and I’d like to raise my hands in gratitude to Minister Kahlon for his efforts in making this expansion happen so early in his time as minister.”