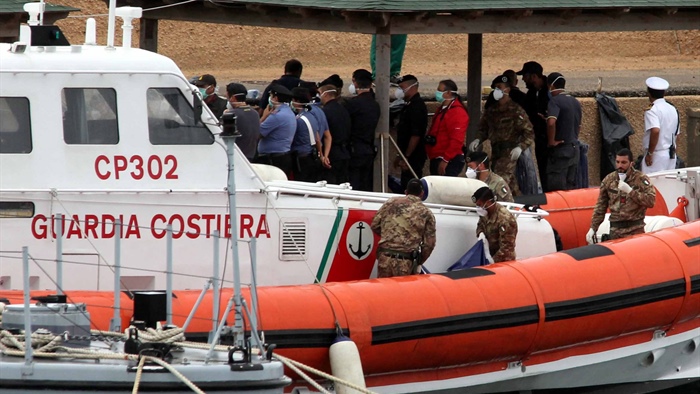 Syracuse (Italy), April 7 (AKI) Italian coastguard have intercepted a boat in rough seas in the Mediterranean with 314 migrants on board, including women and over 100 children, who were due to reach Sicily on Thursday.

The boat, which set sail from Egypt with migrants from Syria and eight other countries on board, sent a signal for help to the Italian coastguard from a satellite phone late on Wednesday.

There were 156 men, 51 women and 107 children on board the boat, the coastguard said. Besides Syria, they came from a number of African countries and from the Palestinian territories, coastguard said.

A total of 18,784 refugees and migrants reached Italy from North Africa in the first three months of the year – a more than 80 percent increase from the same period of 2015, according to the United Nations refugee agency UNHCR.

The number of people reaching Italy from North Africa increased by 400 percent in March compared with the same month of last year and they were mainly from West Africa, UNHCR said.

Last year, an estimated one million migrants arrived in Europe, including 154,000 people mainly from West Africa who arrived via the central Mediterranean route, according to Frontex.

Frontex said search and rescue operations had saved an unprecedented number of people in the central Mediterranean in 2015 as people smugglers sought to maximise their profits by using overcrowded, flimsy boats with limited fuel supplies, putting migrants’