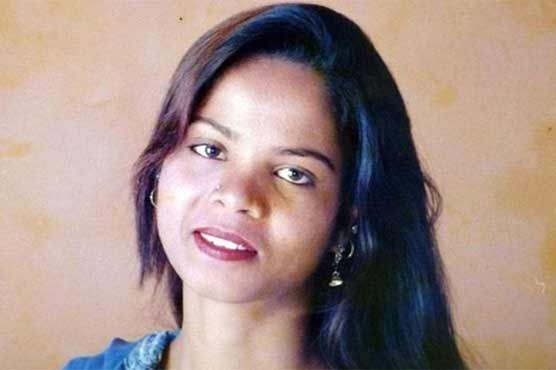 Rome: Italy is working behind the scenes with other Western nations to help a Christian woman, Asia Bibi, amid fears for her safety in Pakistan following her acquittal in a blasphemy case after eight years on death row.

“We are working discreetly with other Western countries. This is necessary to protect her and her family,” Deputy Premier Matteo Salvini told Italy’s Rtl 102.5 radio station.

“We cannot allow a situation like this in 2018… women and children should not be in danger.”

Bibi, who had been sentenced to hang, cannot leave Pakistan after violent protests by the Islamist Tehreek-e-Labbaik Pakistan (TLP) party after Pakistan’s Supreme Court cleared her of all charges last week.

Her husband Ashiq Masih says the family could be killed by Islamists and has pleaded for asylum in the UK, the US or Canada.

Bibi’s case has galvanised Christian and human rights groups outraged by Pakistan’s treatment of religious minorities including its tiny Christian population. Scores of Christians have been convicted of blasphemy since the 1990s in Pakistan.

“It is definitely a priority for me to guarantee a future to that poor woman and her family. There are many Italians working in Pakistan and we have major trade ties with the country,” Salvini said.

“Pakistan is certainly not an enemy and we are operating with a high level of discretion and care, but we will fight every form of fanaticism,” he said.

Salvini is also Italy’s Interior Minister and leader of the rightwing League party, which has been critical of Islam.

Asia Bibi has been invited with her family to visit the European Parliament, its President Antonio Tajani said.

“I call on Pakistan’s authorities to issue the necessary documents. European rules require protection to be granted to those who are under threat due to their faith,” Tajani tweeted.

Pakistan’s government on Friday struck a deal with the TLP that included a pledge not to oppose a review petition filed against the Supreme Court judgment that acquitted Bibi.

The government also agreed not to oppose a TLP application to add Bibi to a list preventing her from leaving the country.