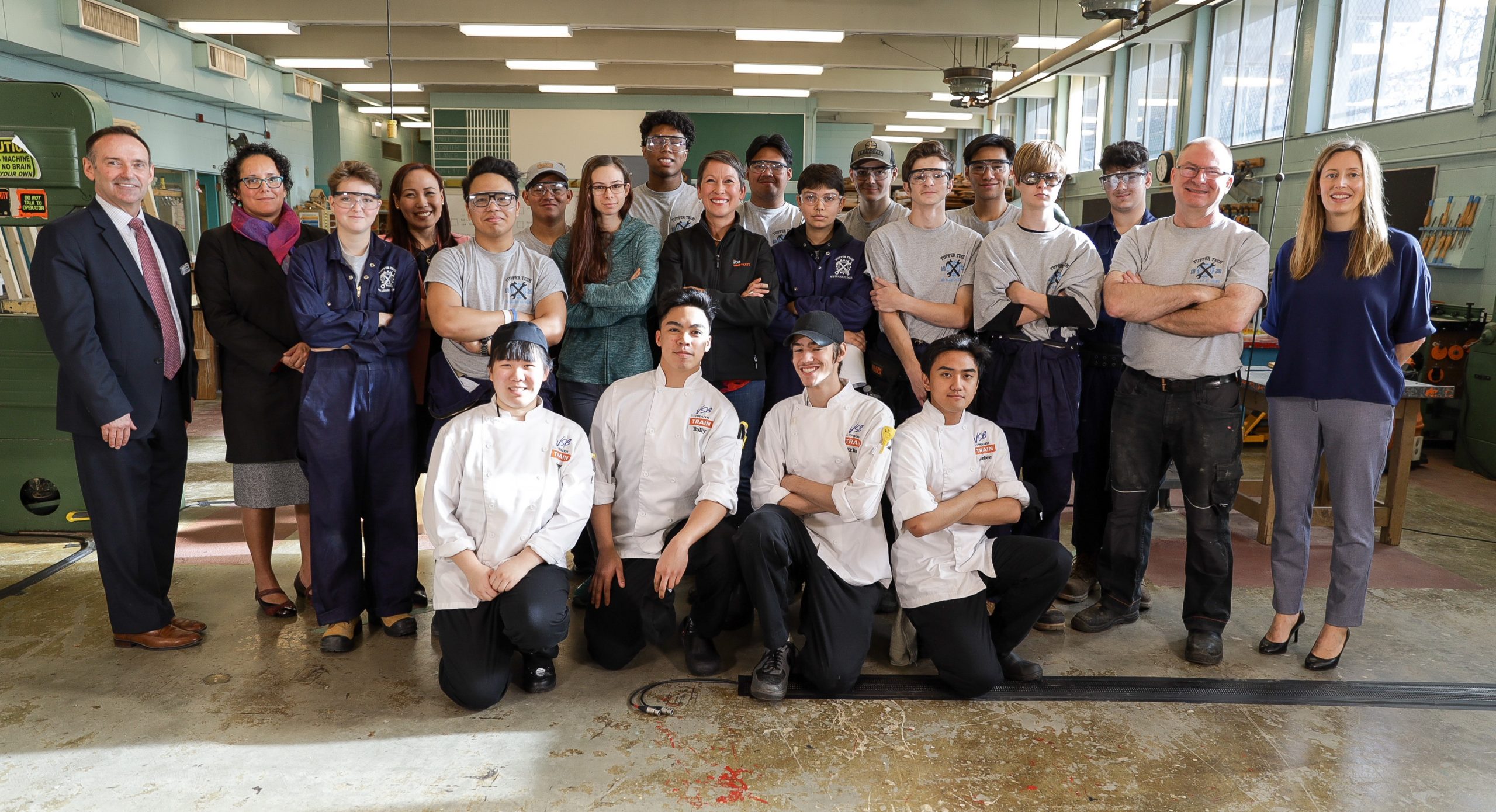 Duncan began his career in telecommunications. His job paid well and supported his growing family. But, like many people in British Columbia, he spent too long commuting to and from work: over an hour each way. Between the time spent in his car and bringing work home on evenings and weekends, Duncan knew something had to give if he wanted to be an active part of his young twins’ lives.

Yet Duncan found the idea of making a change at this point in his career overwhelming. He didn’t know how to take his first step to a new future. But once he started looking, possibilities were everywhere.

It was time for a change. And opportunity was knocking.

Duncan’s story is common. All around the province there are people looking for new opportunities: some by choice, others by need.

My job as Premier of British Columbia is to make sure our government is providing the help people need to get ahead. We know everyone’s pathway to success will look different. You might be learning English as an additional language at the same time as you are learning a skilled trade or taking part-time business courses, while raising your kids. Maybe you started out studying engineering at university before transferring to aerospace technology at a technical institute. Under our plan, you supply the hard work, while we make it easier for you to keep learning and succeeding.

We’re focused on breaking down barriers so you can take advantage of a growing economy. Duncan heard about the B.C. government’s online and in-person job resources – like one-on-one coaching, skills-training programs and job boards. He used them to figure out what skills he needed to upgrade and helped prepare him for his new career path.

There are great things happening in our province, and we want everyone to be a part of it. In the next 10 years, there will be more than 850,000 job openings in every corner of the province. Over 100,000 of those jobs will come from new infrastructure projects.

People are starting to see progress in their communities, from replacing the Pattullo Bridge, to building new hospitals in Surrey and Stuart Lake, to creating affordable housing in cities like Kamloops, Courtenay and Kimberley.

Our infrastructure investments don’t just mean new hospitals, schools, roads, and bridges. They also create thousands of well-paying jobs. Building infrastructure in B.C. is good for people, good for communities and good for the economy.

Duncan was able to open the door to a new opportunity; one that would still support his family financially, while allowing him to spend more time with them at home. He used his previous experience in construction and his passion for mentoring people to transition into a new career as a construction manager only 15 minutes from where he lives.

Duncan works hard everyday. And now, at the end of his day, he gets to hang up his toolbelt with more time to play with his kids. He is a reminder to each of us that it’s never too late to start something new.

The opportunities are limitless. Together, we are building a stronger B.C. for today and for future generations.

BC Liberals stand with Surrey after NDP Budget betrays city